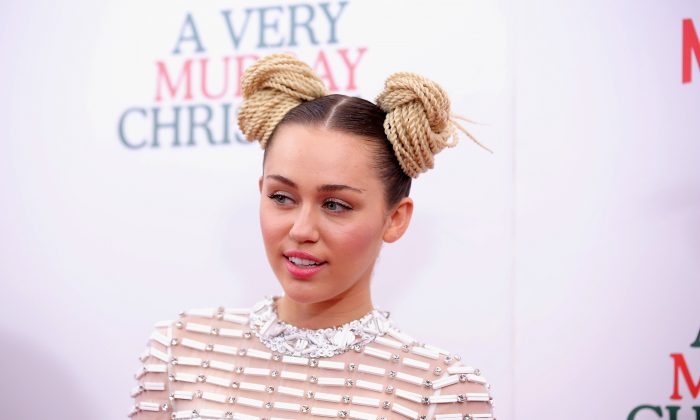 The controversial pop star Miley Cyrus has vowed to move to another country if Donald Trump is elected president.

Cyrus had already made several posts on her Instagram account bemoaning the rise of Donald Trump. On Wednesday, the day after Trump won 7 more state primaries, Cyrus finally snapped, vowing to leave the country if Trump is elected.

Yes . That is a tear rolling down my cheek dripping off the end of my nose….. This makes me so unbelievable scared and sad…. Not only for our country but for animals that I love more than anything in this world…. My heart is broken into a 100000 pieces ….. I think I may vomit …. That picture on the right is so disturbing…. YOU are not destiny! It is not your job to decide when a living things life is over …. & YOU DT ARE NOT GOD NO MATTER HOW MUCH YOU THINK YOU ARE!!! (& if he doesn’t think he is “God” he thinks he is the fucking chosen one or some shit! We’re all just fucking jam between his rich ass toes! Honestly fuck this shit I am moving if this is my president! I don’t say things I don’t mean! )

Her denunciation of Trump was accompanied by a composite photo that showed a picture of Trump standing next to Kendall Jones, who has hunted lions, along with a picture of her own tear-stained face.

So many have suggested such a thing that Trump’s son … has offered to pay for the airfare.

Cyrus isn’t the first person to consider moving out of the country at the prospect of a Trump presidency. Talk show host Whoopi Goldberg has threatened to move if Trump is elected, Fox News reports, as has a number of other public figures.

So many have suggested such a thing that Trump’s son, Donald Trump Jr., has offered to pay for the airfare of any celebrity leaving America if Trump wins.