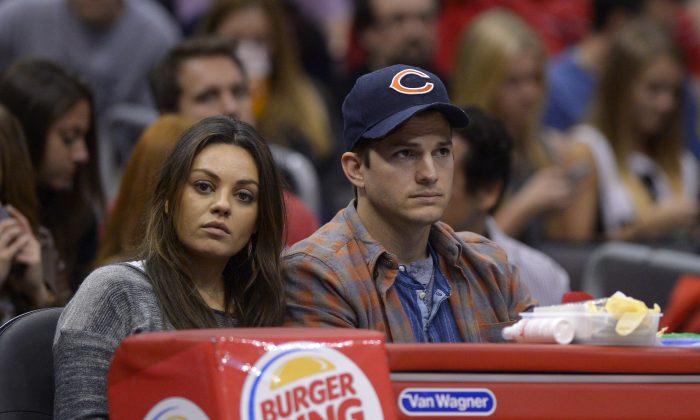 “Ashton has always treated Demi with kid gloves because he doesn’t want her to have another breakdown,” the source said.

“But now Mila has decided enough is enough!”

Sources also said that the situation has grown so serious that it’s giving Mila second thoughts about getting married to Ashton.

Demi even turned up unnannounced at their home recently.

“It freaked Mila out when she found Demi holding her baby in their house,” the source said.

“Mila’s told Demi to stay away from her baby – and to leave them all alone!”

Demi made waves by joining the couple at the Jewish ceremony Kabbalah for the baby, a week after Mila gave birth.

“Demi and her daughters congratulated the couple while having a quick hold and coo over the baby,” a source told the Sun.

“It was great to see her doing so well and at ease with Ashton’s new life as a father and fiancé.”

Demi and Ashton’s divorce was only recently finalized.

“Demi is putting the past behind her now. She is in total acceptance now. She ultimately has great love for Ashton and has accepted the fact that he is in love Mila and that they are starting a family,” the source said.

The source also said that Kunis had nothing to do with the break up.