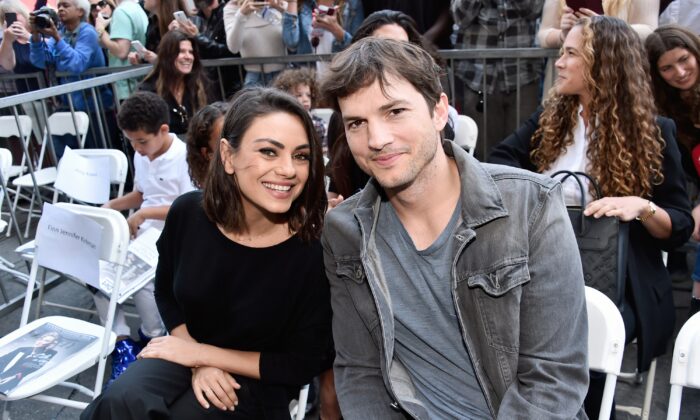 During her appearance on web series “Hot Ones” Thursday, the “Friends with Benefits” star, 38, detailed the “dumb”—and dangerous—ways in which husband Ashton Kutcher prepped for his role as Steve Jobs in the 2013 biopic, “Jobs.”

Kutcher, 43, previously appeared on “Hot Ones” as well and recalled the “severe back pain” and possible pancreatitis he’d suffered from “drinking too much carrot juice,” recalled host Sean Evans.

“He’s downplaying it,” said Kunis, during a segment in which she was asked to affirm or deny tidbits Kutcher, whom she married in 2015, shared on his appearance in 2019.

“He was so dumb. He also, I think, only ate grapes at one point,” she continued. “It’s so stupid. We ended up in the hospital twice, with pancreatitis. So fact-check, yes, it was really dumb.”

Back in 2013, Kutcher spoke about the fruit-only diet he embarked on to portray the Apple co-founder, telling USA Today it “can lead to like severe issues.”

He spoke at the time of going to the hospital just before filming began, noting his “pancreas levels were completely out of whack.”

The extent of Kutcher’s dedication to the prep wasn’t the only fact Kunis spoke out on. Kutcher previously told Evans that he’d rid the couple’s home of any and all trucker hats and his wardrobe from “That ‘70s Show,” on which they co-starred.

“What are you talking about? You didn’t get rid of anything,” Kunis called to Kutcher off-screen. “You have plenty of trucker hats and the entire [’That ‘70s Show’] wardrobe is downstairs.”