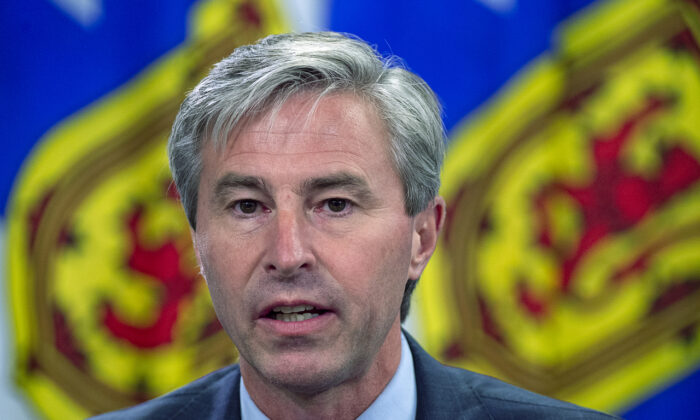 The Mi’kmaw language has been officially recognized as the original language of Nova Scotia, as Premier Tim Houston joined 13 chiefs in an official proclamation of the Mi’kmaw Language Act on July 17.

“Today was an opportunity to gather in community and celebrate the partnership with Mi’kmaq who co-developed this legislation,” Houston said in a statement on July 17. “This proclamation is another key milestone as we move forward on the path toward reconciliation.”

The act was passed in the Nova Scotia Legislature in April 2022, with the aim to “recognize, promote, and support the revitalization of the Mi’kmaw Language.” The act is set to take effect on Oct. 1.

During a ceremony in Potlotek First Nation, Mi’kmaw chiefs signed a resolution to affirm and uphold the provincial legislation on behalf of their communities.

The Mi’kmaw language has around 7,000 living speakers, according to a 2016 census. It is spoken in the territory of the Mi’kmaq, which spans the Atlantic provinces of Nova Scotia, New Brunswick, P.E.I., and Newfoundland, as well as parts of Quebec.