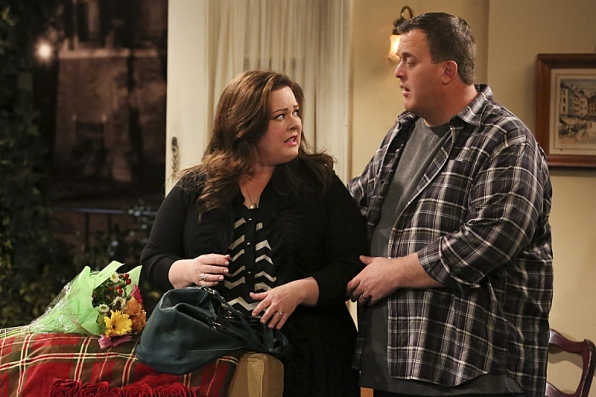 CBS comedy Mike & Molly has been renewed for a season 5 as season 4 wraps up on May 19.

The network didn’t announce a premiere date but did say that the show won’t start until midseason.

Season 4 premiered on November 4 so the next season could premiere around then.

It will likely premiere no later then mid-January.

As for the season 4 finale, CBS released the official description:

“Molly gets accepted into an elite eight-week writer’s workshop in Iowa but faces a big decision when Mike asks her not to go.”