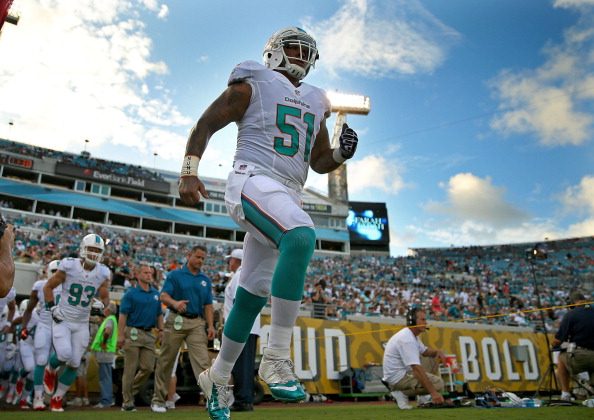 Mike Pouncey #51 of the Miami Dolphins leads the team onto the field during a preseason game against the Jacksonville Jaguars at EverBank Field on August 9, 2013 in Jacksonville, Florida. (Photo by Mike Ehrmann/Getty Images)
NFL

Mike Pouncey, the Miami Dolphins center, was served with a grand jury subpoena in relation to the Aaron Hernandez murder case.

Pouncey and Hernandez played with one another during their tenure with the University of Florida.

Sports Illustrated reported that Pouncey, 24, was served with a subpoena after the Patriots-Dolphins game on Sunday at Gillette Stadium in Foxborough, Mass.

This does not mean that Pouncey will be charged with a crime. It means that law enforcement could use him as a witness.

A source told the magazine that the subpoena is related to the Hernandez investigation.

Police are looking into whether Hernandez was involved in interstate gun trafficking.