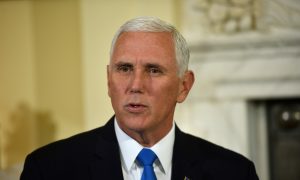 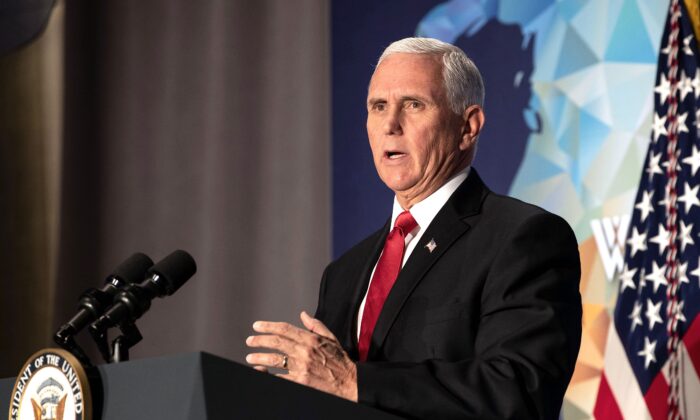 Most of the credit for the mission to take down ISIS leader Abu Bakr al-Baghdadi should go to President Donald Trump and the U.S. Special Forces, said Vice President Mike Pence.

His comments came after Trump announced the death of al-Baghdadi during a raid in northern Syria.

“Really all the credit goes here to the decisiveness of this commander in chief and to the courage and professionalism of the Special Forces of the United States,” Pence told CBS News, adding that “we were literally watching … in real-time as those helicopters set down, as they assaulted the compound.”

Trump said the terrorist leader and three of his children were killed after he detonated a suicide vest.

“It’s a tribute to the courage of our armed forces, special forces that executed the raid on the compound last night, but it’s also a tribute to the decisiveness of President Donald Trump,” Pence added of the raid.

“It was Saturday morning that we received the actionable intelligence that allowed the decision that the president had made to move forward to happen, and it was incredible to be in the Situation Room and to see this unfold in real time,” Pence said.

Planning for the operation began two weeks ago, Trump said, after the U.S. gained unspecified intelligence on al-Baghdadi’s whereabouts. Eight military helicopters flew for more than an hour over territory controlled by Russian and Syrian forces, Trump said, before landing under gunfire at the compound.

He said U.S. forces breached the walls of the building because the doors were booby-trapped and chased al-Baghdadi into the tunnel, which partially collapsed after al-Baghdadi detonated the suicide vest. Trump also revealed that U.S. forces spent roughly two hours on the ground collecting intelligence.

Trump said he did not follow convention in informing leaders on Capitol Hill, including House Speaker Nancy Pelosi, D-Calif., before the raid, saying he was fearful of leaks.

Now, with the death of al-Baghdadi, Pence stated that “we believe we’ll have a measurable impact on the effectiveness of that terrorist organization, but we’re not going to let up. We’re not going to stop the fight.”