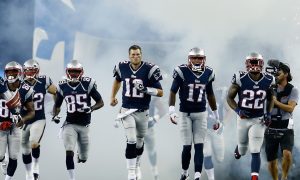 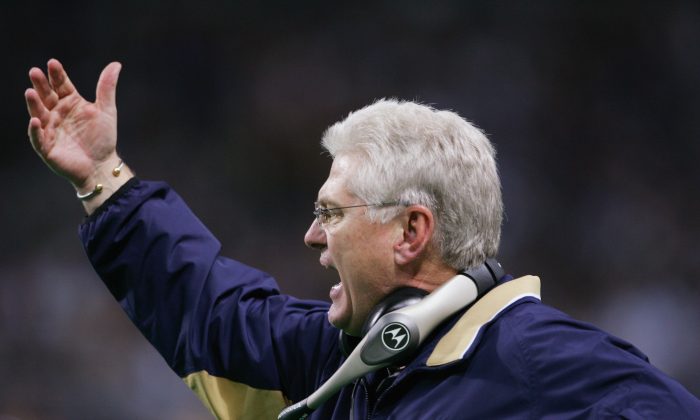 The NFL Hall of Fame will announce its newest members on Saturday Feb. 6—just ahead of Super Bowl 50—and there’s already a little controversy after the HOF paired down its possible inclusion list to 15 finalists.

Included are first-timers Brett Favre and Terrell Owens, who leapfrogged over second-time eligible wideouts Isaac Bruce and Torry Holt. The former Rams stars will now have to wait for at least one more year for entrance into the NFL’s most exclusive club.

The news didn’t sit well with former Rams coach Mike Martz, who coached the pair from 2000–05 during the team’s “Greatest Show on Turf” period when the Rams were an offensive juggernaut.

“‘Surprised’ isn’t the word,” Martz said in an interview with the St. Louis Post-Dispatch. “You can’t print how I felt when T.O. leapfrogged those two. That’s just plain out-and-out ridiculous.”

But had Bruce and Holt been more self-promoters—like Owens, who was never one for a loss of words—the duo might have made it five ex-Rams on the list, according to Martz.

“If they big-timed it and did all that dumb stuff, they’d probably get in earlier. I think they’ll eventually get in. I don’t think that’s an issue, but it’s tragic that people think of them like that.”

A look at the numbers doesn’t totally help Martz’s claim.

Owens retired with more receiving yards (15,934) than anyone not named Jerry Rice. He’s also sixth in receptions with 1,078, was a five-time All-Pro and made six Pro Bowls in a 15-year career that saw him play for five different teams.

Bruce is fourth all-time in receiving yards (15,208) and ninth receptions (1,024), but he was never an All-Pro while being selected to the Pro Bowl four times in a 14-year career. He did lead the NFL in receiving yards in 1996—something Owens never did.