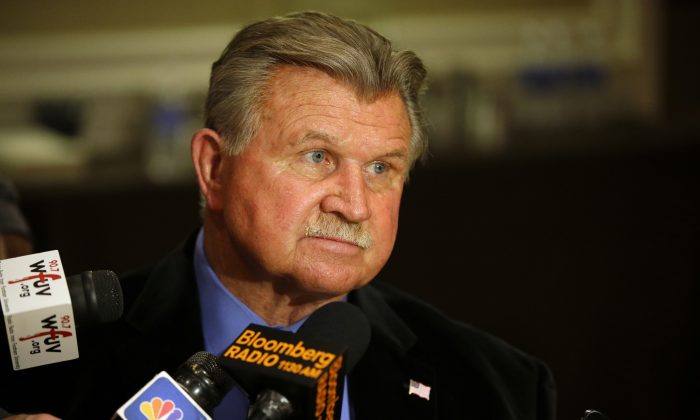 Mike Ditka, the former Chicago Bears coach and current ESPN analyst, has spoken out about the Washington Redskins name controversy.

The name is increasingly being criticized and some reporters have announced that they will not say the name while reporting on Redskins games this year.

Ditka is not among that group, he emphasized while speaking to Redskins Historian.

“What’s all the stink over the Redskin name? It’s so much [expletive] it’s incredible. We’re going to let the liberals of the world run this world. It was said out of reverence, out of pride to the American Indian,” he said.

“Even though it was called a Redskin, what are you going to call them, a Brownskin? This is so stupid it’s appalling, and I hope that owner keeps fighting for it and never changes it, because the Redskins are part of an American football history, and it should never be anything but the Washington Redskins. That’s the way it is.”

Ditka added later that he believes “all the political correct idiots in America” are causing the controversy.

“Listen, I went through it in the 60s, too. I mean, come on. Everybody lined up, did this. It’s fine to protest. That’s your right, if you don’t like it, protest. You have a right to do that, but to change the name, that’s ridiculous. Change the Constitution — we’ve got people trying to do that, too, and they’re doing a pretty good job.”