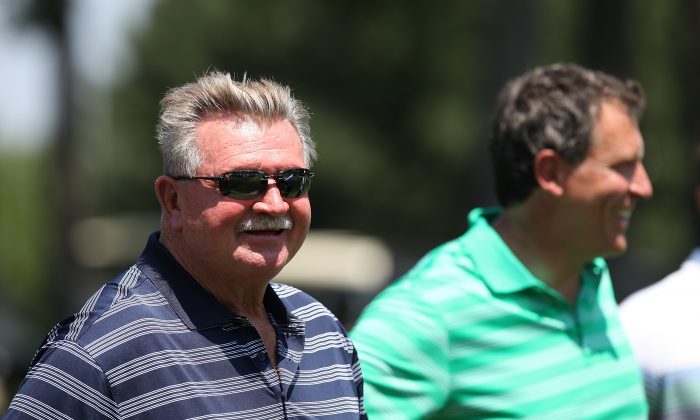 Mike Ditka: Obama Likely Wouldn’t be President if I Ran for Senator

Mike Ditka’s said President Obama may not have ascended to the presidency if the ex-Bears coach ran for Obama’s Illinois’ Senate seat in 2004. Ditka said it was the “biggest mistake” of his life.

“Not that I would have won, but I probably would have and he wouldn’t be in the White House,” Ditka said, according to The Dickinson Press.

The Atlantic Wire reported that at the time, Obama had a 7-point lead of Ditka in a SurveyUSA poll if Ditka were to run.

He has described himself as “ultra-ultra-ultra conservative” in the past.

At the time, Obama said of Ditka: “He’s enormously popular. I think if he gets in, he immediately becomes a favorite,” reported ABC.

Ditka gave Obama a Chicago Bears jersey with the number 85 on the back, which read “Obama” on the back during a White House visit.