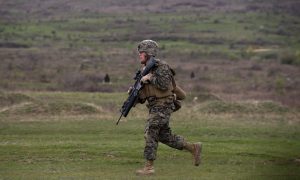 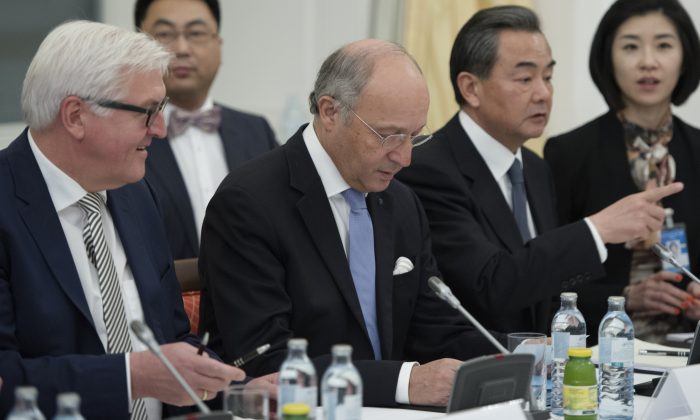 VIENNA—Seeking to stem the flow of Mideast  migrants, Austria’s foreign minister on Thursday floated elements of a five-point plan that foresees establishing safe havens in the region where those seeking asylum in the EU could be processed and — if they qualify — be given safe passage to Europe.

Foreign Minister Sebastian Kurz spoke on the sidelines of a Western Balkans conference that is primarily focused on ways of getting a grip on the migrant influx that threatens to overwhelm some countries while leaving others relatively unaffected.

EU members Greece and Italy, and non-EU Balkan countries such as Macedonia and Serbia are dealing with much of the initial refugee burden, through sea and land routes. But many of these migrants are only in transit to western European countries, among them Germany and Austria. German Chancellor Angela Merkel and German Foreign Minister Frank-Walter Steinmeier are also attending the meeting, reflecting the importance Berlin attaches to mastering the migrant crisis.

Germany believes it could receive as many as 750,000 migrants this year, and much smaller Austria estimates corresponding per capita figures.

Beyond safe havens, to be protected by troops acting under a U.N. mandate, the Austrian plan to be submitted to EU decision-makers foresees increased controls on Europe’s outer borders and coordinated action against human smuggling. It also calls for quotas refugees for each of the EU’s 28 members — something opposed by many countries up to now.

“We’re going to have a quota settlement approach, and in light of recent developments I believe all 28 member states are now ready to accept and approve that,” he told reporters, without giving details.

He suggested the influx could get worse. “There are 20 million refugees waiting at the doorstep of Europe,” he said. “Ten to 12 million in Syria, 5 million Palestinians 2 million Ukrainians and about 1 million in southern Caucasia.”

“Never before in history have so many people fled their homes to escape war, violence and persecution,” Hahn said. “And given the large number of unresolved conflicts in our neighborhood, the stream of refugees seeking protection in Europe will not abate in the foreseeable future, I am afraid.”

Kurz said there was no choice to” a European solution to this crisis.” If not, he said, individual countries would act on their own and “endanger our European idea of open borders.”