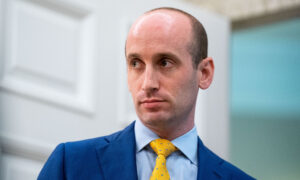 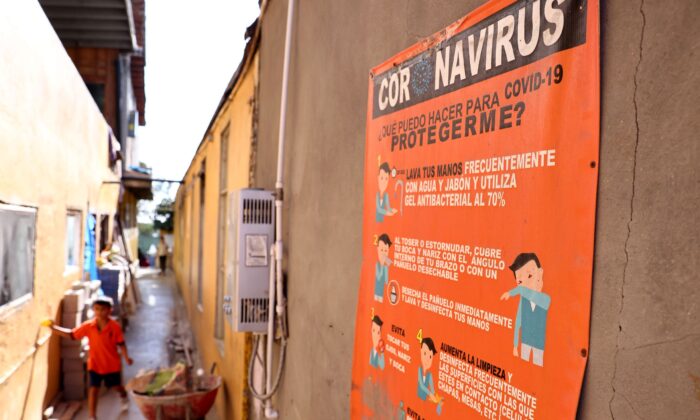 A sign is posted about how to protect against COVID-19 at a migrant shelter in Tijuana, Mexico, on July 21, 2021. (Mario Tama/Getty Images)
Immigration & Border Security

Migrants Who Test Positive for COVID-19 Aren’t Being Deported: Report

Migrant families were unable to board their deportation flights to Central America after testing positive for COVID-19 or being exposed to someone with the virus, according to Department of Homeland Security (DHS) officials.

The Biden administration scheduled the first expedited removal flight taking migrants who enter the U.S. illegally back to their home countries Friday, though several people weren’t allowed on the flight because of COVID-19 concerns, anonymous DHS officials told the Washington Post. The flights were reinstated after an increasing number of illegal migrants were encountered in Texas’ Rio Grande Valley, leading to calls for the administration to escalate enforcement actions in the region.

“The expedited removal process is a lawful means to securely manage our border, and it is a step toward our broader aim to realize safe and orderly immigration processing,” the DHS said in a statement Friday. “By placing into expedited removal families who cannot be expelled under Title 42, we are making clear that those who do not qualify to remain in the United States will be promptly removed.”

The Trump-era public health order known as Title 42 was instated in March 2020 and allows border officials to rapidly expel most migrants who illegally enter the U.S., according to Customs and Border Protection (CBP). Around 500,000 migrants have been subject to expulsion under the order in the fiscal year 2021.

Nearly 150 migrant families were scheduled to take two flights organized by Immigration and Customs Enforcement (ICE) officials from Brownsville, Texas, according to the Post. Only around 75 people boarded the flights bound for Guatemala, Honduras, and El Salvador, and the open seats went to single adults who tested negative for COVID-19.

U.S. officials used Electronic Nationality Verification for the so-called “no-doc flights” to verify the migrant’s home countries since most of them illegally entered the U.S. without identification, the Post reported.

More than 20,000 migrants were apprehended in the Rio Grande Valley the week of July 25, Rio Grande Valley Sector Chief Border Patrol Agent Brian Hastings said. U.S. detention facilities and humanitarian organizations struggled to accommodate the migrants, including an increasing number of those who test positive for COVID-19, according to the Post.

Only migrants being transferred into ICE custody are tested for COVID-19, whereas those in CBP facilities typically aren’t, the Post reported. Migrants have to test negative for the virus before they’re able to board deportation flights. Those who test positive have to quarantine before they can return to their home country.