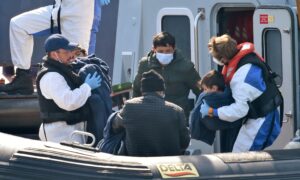 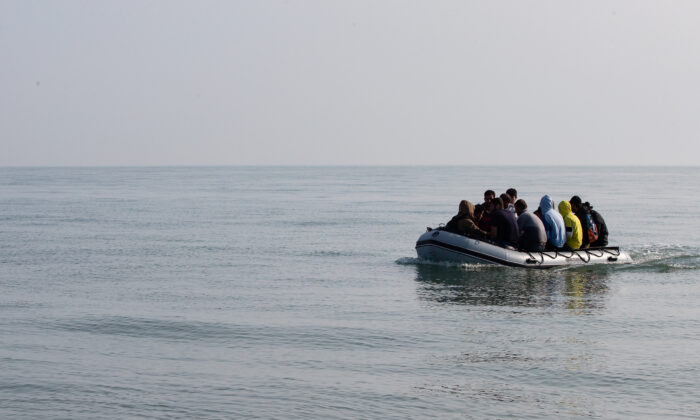 Migrants land on Deal beach after crossing the English channel from France in a dinghy, in Deal, England, on Sept. 14, 2020. (Luke Dray/Getty Images)
UK

Migrants on route to the UK will not be able to seek asylum at sea after Dec. 31, according to changes made to the current rules announced on Thursday.

The new rules on the UK’s asylum system is set to replace the EU’s Dublin Regulation, which establishes the member state responsible for the examination of the asylum application.

From 11 p.m. on Dec. 31, asylum seekers have to apply in person and at either a designated place of asylum claim, or a location where an officer authorised to accept an asylum application is present and capable of receiving the claim, the government’s Statement of Changes in Immigration Rules (pdf) said.

The document clarified that officers are not capable of receiving asylum claims in the UK’s territorial waters.

Applications of those who have applied or could have applied for asylum in, or have connection to a safe third country will be treated as inadmissible.

With limited exceptions, “when an application is treated as inadmissible, the Secretary of State will attempt to remove the applicant to the safe third country in which they were previously present or to which they have a connection, or to any other safe third country which may agree to their entry,” the document reads.

Home Office Under Secretary of State Chris Philp said it’s one step to fix the “broken asylum system” in the UK.

“We are determined to fix the broken asylum system to make it firm on those who come here through illegally-facilitated routes and fair on those who play by the rules. There is no reason to leave a safe country like France to make a dangerous crossing,” Philp said.

“These measures send a clear message and are just one of the steps the Government is taking to tackle the unacceptable rise in small boat crossings,” he said.

“This includes working with our French Partners to stop migrants leaving a safe country and making these dangerous journeys. But tackling this requires a complete overhaul of the asylum system and next year we will bring forward legislation to fix it.”

At least 8,624 people have been reported crossing the English Channel in over 500 small boats to enter the UK this year, according to Migration Watch UK.

“The Home Office has contended that the emergence in late-2018 of ‘small boats’ as a favoured means of illegal entry was a consequence of the extensive investment over recent years, in collaboration with the French authorities, in strengthening security at and around the ports in northern France,” Independent Chief Inspector of Borders and Immigration David Bolt wrote last month in an inspection report (pdf) of the Home Office’s response to in-country clandestine arrivals.

“But, while this may have made unaided clandestine entry harder, it is the case that the number of ‘lorry drop’ migrants encountered in the UK increased in 2019 by a third over the previous year, and organised smuggling of large groups concealed in road transport continues, often with casual disregard for the risks to the migrants’ health and welfare, as evidenced by the discovery of the bodies of 39 Vietnamese migrants in a refrigerated trailer at Purfleet, Essex, in October 2019,” he added.

The report said that when small boats were intercepted off the French coast, they would be returned to France unless it is not safe to do so.

It also mentioned that there “had been instances of migrants dangling babies overboard, and taking off life jackets and threatening to jump into the sea, to frustrate efforts to board their vessel.

The Times reported that a home office spokesman said on Thursday that the government’s “main concern is to smash organised criminal groups of people-smugglers.”