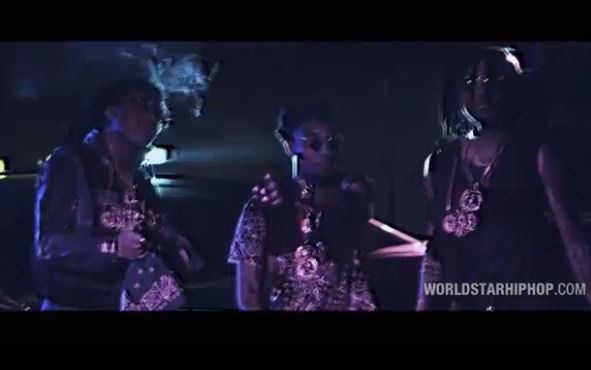 A screenshot from YouTube of the new music video.
Entertainment

Migos dropped a new music video for their track “First 48” just a couple days after getting shot at while driving in traffic.

The rap group and their entourage was headed to the South Beach Hotel early Friday morning when a dark vehicle pulled alongside and opened fire on them, the Florida Highway Patrol said.

One of the eight passengers in the black van the group was in started returning fire.

During the exchange, one person inside the van was struck in the leg.

After the incident, Kirshnik Ball of the group, aka TakeOff, said via Twitter: “Tried To Hit Me Up In Traffic? … But I Had To Work My Magic.”

The group canceled a performance scheduled for Friday night in Lauderhill after the shooting.

Migos’ manager disputed reports that anyone in the van was hit and told TMZ that at least 40 rounds were fired at the van.

The group is celebrating the release of “First 48” and fans appear pleased with the music video.

“Bless my ears,” said one fan.