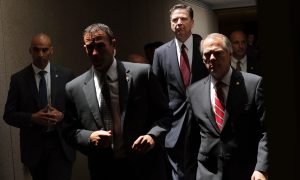 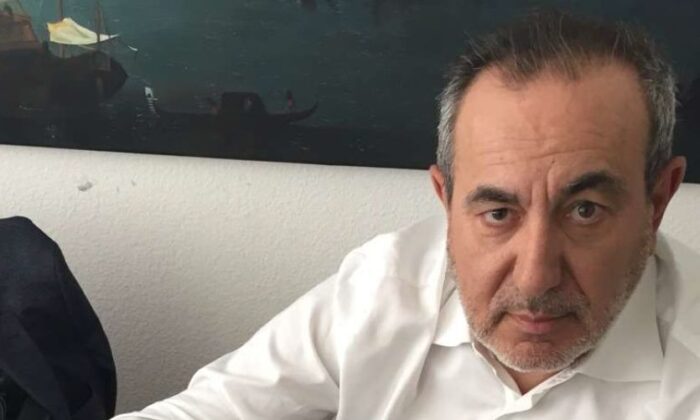 Joseph Mifsud in Zurich, Switzerland, in May 2018. (Courtesy of Stephan Roh)
US News

The lawyer to Joseph Mifsud, one of the central figures of the 2016 Russia investigation, said his client had until recently lived in Italy, but that Mifsud went into hiding again after the release of the final report by special counsel Robert Mueller.

Mifsud’s whereabouts had been unknown since about May 2018, after his name was outed by media in connection with the Russia investigation that was started by the FBI and taken over in 2017 by Mueller.

According to the official narrative, Mifsud allegedly told a Trump campaign aide in April 2016 that Russians had “dirt” on then-presidential candidate Trump’s rival, former Secretary of State Hillary Clinton, in the form of “thousands of emails.” This information was ultimately used by the FBI to open a counterintelligence investigation that involved extensive spying on Trump campaign staff.

Mifsud’s lawyer, Stephan Roh, said he lost contact with his client in recent months, but that a “private friend” had been in contact with Mifsud until about March, “just before the Mueller report came out.”

“Mifsud told the friend he was in Italy, that he is not able to travel. He then explained to that friend that things will be soon ok, and he can return,” Roh told The Epoch Times in an email. “Finally, [after] the Mueller report [came] out, I understand Mifsud continued to stay hidden.”

Mueller concluded that the investigation was unable to establish that Trump or anybody from his team conspired or coordinated with Russia’s efforts to meddle in the 2016 election.

U.S. Attorney General William Barr has been reviewing the origins of the Russia investigation and whether the spying was adequately predicated. At least part of that task, it appears, is being handled by U.S. Attorney John Durham, who’s reportedly requested a recorded May 2018 deposition that Mifsud entered at Roh’s law firm in Zurich. There, on May 21, 2018, Mifsud also signed power of attorney to Roh, as documented by a picture provided by Roh.

Roh gave the deposition both to Durham and to some members of Congress, he said.

Mifsud held positions at several entities in London and Rome and in those capacities frequently rubbed shoulders with people in the Western political, diplomatic, security, and even counterterrorism circles, including with former Italian Interior Minister Vincenzo Scotti, former Vice President of the European Parliament Gianni Pittella, and former British prosecutor Arvinder Sambei, who used to work with the FBI on counterterrorism extradition cases. There’s also some evidence that Scotti has supervised, or at least been aware of, Mifsud’s establishing contacts in Russia.

Mifsud’s Russian contacts appear mostly in academic circles. The Mueller report stated that Mifsud knew “a one-time employee” of the Internet Research Agency (IRA), the entity Mueller indicted for running a social media campaign aimed at stoking division among Americans before the 2016 election.

The report seems to show that Mifsud in January and February 2016 discussed potentially meeting that person in Russia, though the investigation found no evidence that the meeting took place.

The report didn’t indicate what position the former IRA employee held at the firm. One former IRA employee told CNN the firm employed about 1,000 people on site and more who worked remotely. Russian paper Novaya Gazeta reported that the IRA recruited people through social media posts.

It appears the “one-time employee” of the IRA was in contact with a social media account linked to a Russian defense ministry employee in the spring of 2016, according to a partially redacted paragraph in the Mueller report. It’s not clear what the substance of the contact was. The social media account, in turn, had contacts with Facebook accounts used by the Russian military to spread hacked information as part of the 2016 election meddling. The substance of those contacts isn’t clear either.

When the former spokesperson for the Special Counsel’s Office was contacted by The Epoch Times to clarify the language in the paragraph about Mifsud, the spokesperson said the office had closed down and there is no longer anyone able to answer questions about the report.