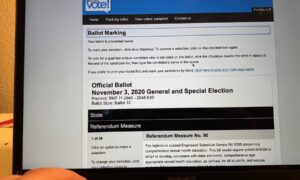 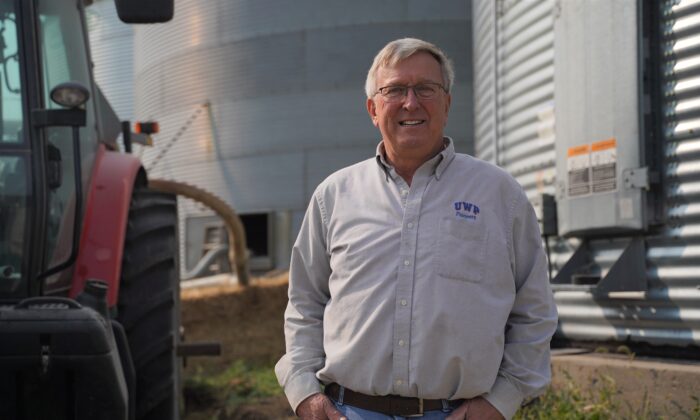 Myron Tranel stands on his corn and soybean farm in Platteville, Wis., on Sept. 21, 2020. (Cara Ding/The Epoch Times)
US Features

CHICAGO—Some voters in the Midwest told The Epoch Times they’re skeptical about the integrity of the election while others remain confident in the system and urge all Americans to patiently await the results.

The Epoch Times spoke with several voters in Wisconsin, Michigan, Iowa, and Illinois to hear how they feel about the election results and controversy, including recent calls from President Donald Trump’s campaign for recounts and legal action.

Steven Wallace, a resident on the South Side of Chicago, said the biggest problem he has with this election is the mail-in ballots. Earlier this year, he received mail-in ballots for his children who had left his home years ago.

He got one for himself, too, even though he didn’t request it. In Illinois, voters have to request mail-in ballots before they can receive them in the mail.

“If I was a dishonest person, I could have signed off and got all those ballots and sent them in,” Wallace told The Epoch Times in front of City Hall in downtown Chicago on Nov. 4. “It just leaves too much room for tampering.”

“I believe one person, one vote, not one person votes 10 or 12 times for other people.”

Kris Owens, a resident of Pewaukee, Wisconsin, is also suspicious of the mail-in votes. She especially doubts the sudden surge of votes for Democratic candidate Joe Biden on the early morning of Nov. 4, which effectively ended Trump’s preliminary lead in the state.

According to an article by the Milwaukee Journal Sentinel, the sudden increase happened when the City of Milwaukee reported its absentee ballot results, and Milwaukee has long been a Democratic stronghold. That, the authors wrote, could reasonably explain the sudden surge of votes overwhelmingly for Biden around that time.

But Owens wants more answers than that, she said. “I am hoping that some investigative reporter will truly investigate the Milwaukee mail-in votes. There truly needs to be an audit of the voter registration lists and actual people who voted in Milwaukee County.”

Later on Nov. 4, The Associated Press called Wisconsin for Biden, who had a lead of about 20,000 votes out of 3.2 million cast—or about 0.6 percentage point. Trump carried the state four years ago with a similar margin.

The Trump campaign requested a recount of Wisconsin votes on Nov. 4. According to Wisconsin law, a recount can be requested if the margin between the frontrunner and second-place candidate is within 1 percent.

“I’m very happy that there will be some recounts,” Owens told The Epoch Times. She added that if the Biden campaign requested a recount in a state that was showing favorable for Trump, she would support that as well.

“We need to have the correct figures for America to accept the election results,” she said.

‘Confident in the Results’

Christine Bauman, another resident in Waukesha, Wisconsin, worked as a poll worker in her city on Election Day. She told The Epoch Times that everyone at her polling place worked hard to ensure a fair and legal election.

“Our focus is on getting the job done, so that every legal vote is counted. We all follow specific policies and procedures so that happens,” Bauman said.

Meagan Wolfe, the Wisconsin Elections Commission administrator, said during a news briefing on Nov. 4 that there are no dark corners or locked doors in elections. “We have a really good system … I believe that would be the case if we had a recount again in our state.”

In 2016, after Trump carried the state by margin of less than 1 percent, Green Party candidate Jill Stein requested a recount, which resulted in a net gain of 131 votes for Trump, according to an article by Wisconsin State Journal.

Shaun Gajewski, a resident of Warren, Michigan, said he’s confident in the election system. “The system is designed with checks and balances to secure the most accurate count. We should all feel confident in the results no matter whom you voted for,” he told The Epoch Times.

In late afternoon on Nov. 4, AP called Michigan for Biden based on 99 percent of precincts reporting. Biden had a lead of 67,138 votes out of around 5.26 million ballots cast.

The Trump campaign had filed a lawsuit in Michigan to halt vote counting until Republican observers were granted adequate access to the counting process. A day later, Michigan Judge Cynthia Stephens dismissed the lawsuit.

“Taking this election to court is a joke,” Gajewski told The Epoch Times. “I believe this is a sign of a sore loser who has already divided this country and will continue to discredit anything that gets in his way.”

Gary Shawver of Wadena, Iowa, told The Epoch Times: “To me, the vote counting smells of third-world voting. This is not going to end well or anytime soon. It is even questionable in my mind as to whether the courts can sort this all out. The country is going to be more split than ever. Prayer may be the only answer.”

“But as Americans, we have overcome these things,” Lauderdale told The Epoch Times.

Tom Weigel, a dairy farmer in western Wisconsin, shared a similar sentiment. No matter who becomes the next president of the United States, the sun still rises, cows still need to be tended to, and the milk delivered.

“Rural America is alive and well, and still feeding the world and proud of it,” Weigel said. He’s a staunch Trump supporter, and his neighbor across the street, Myron Tranel, is a strong Democrat.

“I have not seen my neighbor yet, but plan on waving when I do,” Weigel said.

Tranel told The Epoch Times: “It looks like hopefully there’s a path to victory for Joe Biden.”

He said of Trump: “I’m afraid he will take it to court, that’s why he packed all the people on the Supreme Court … [on] his own side. The only thing we can hope for is that there may be honest people.”