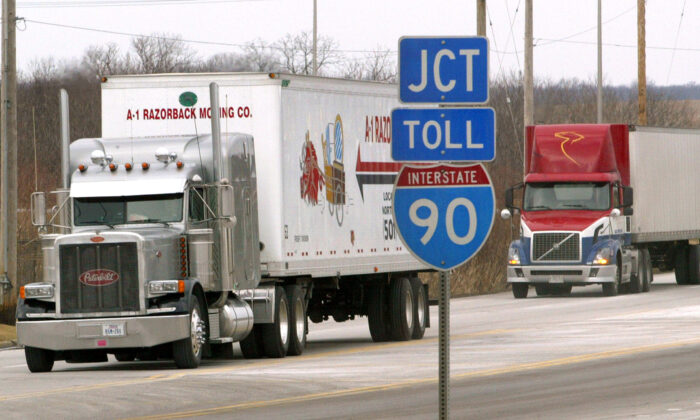 Illinois truckers are worried California trucking regulations could come home to roost in the Land of Lincoln.

The Natural Resources Defense Council (NRDC) alongside the Union of Concerned Scientists commissioned a report supporting a move to no- and low-emission trucks and buses in Illinois.

“Freight is a major part of the Chicago area economy, but air pollution caused by diesel emissions disproportionately harms Black and Latino communities in the region,” José Acosta Córdova of the Little Village Environmental Justice Organization said. “This report shows how the Advanced Clean Truck (ACT) rule and the NOx Omnibus rule will set Illinois on the path towards achieving zero-emission freight and mitigating the negative impacts of diesel-powered vehicles.”

Don Schaefer with Mid-West Truckers Association said the industry supports moving toward cleaner energy, but it’s not there yet.

“Sooner or later we’re going to get to that point, but it’s not going to be overnight,” Schaefer said. “We’ve made great steps in the last couple of years, and it’s going to take a couple of years more to get to the point where we can have a zero-emissions fleet.”

“The strongest scenario would add over 14,000 new jobs by 2045,” NRDC said in a news release. “The largest number of added jobs are in electrical component manufacturing and charging infrastructure construction, requiring many well-paid electricians and electrical engineers.”

Schaefer said adding more regulations similar to heavily regulated California, as the NRDC report suggests, would do the opposite.

“It’s across the board, the state economy would suffer immeasurably if we were to adopt some of these California regulations in Illinois,” he said.

Another regulation Schaefer said California is implementing deals with labor.

Independent trucking contractors are able to haul, work in construction, and do other things mid- to heavy-duty trucks can do. Schaefer said California aims to get rid of that independence, forcing truckers to work in larger, union operations.

The trucking industry is fragile enough now as is, Schaefer said, and following California’s lead would be “catastrophic.”

“It’s gonna be bad for California, but it’s also going to be something that every other state is going to look at and say, ‘if we do this then the total trucking industry from the independent contractor standpoint will be in turmoil,’” Schaefer said.