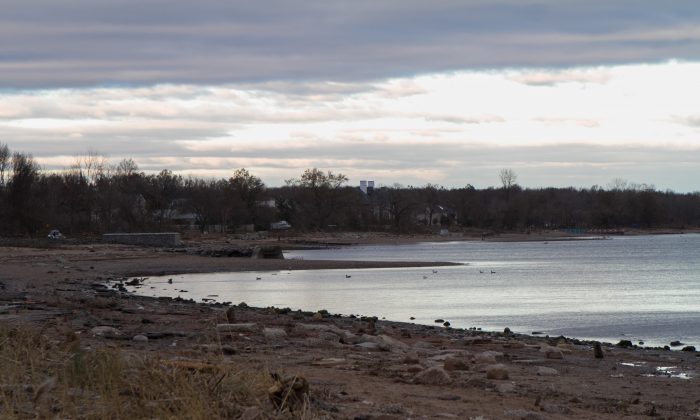 A temporary berm, built by the city’s Parks Department, is all that protects the beachfront community on Staten Island’s south side from the powerful punch of hurricane flood waters. Midland Beach was left off the list of areas to receive berm work because it did not meet the Army Corps of Engineers criteria.

United States Senator Chuck Schumer and Oddo have written a letter of appeal to the Army Corps of Engineers as well as FEMA, but have received no answer.

This left Oddo looking to the Parks Department to help protect his constituents.

“I can’t have Midland Beach without any sort of protection,” Oddo said. “In the instance they [Army Corps Engineers] don’t, the city still has an obligation.”

Parks Commissioner Veronica White said she was dumbfounded as to why Midland Beach was left out, but could not offer much in the form of help.

“We will do what we can do. We will try to get money, try to design,” White said. “We believe, like you, Midland Beach needs protection. It is sort of obvious from going out there.”

“To say, just wait for the Army Corps of engineers—come on. What are we doing to protect people?” Recchia asked.

“Give me a bulldozer. Let’s just do what we did before Sandy when you guys were out there with the front loaders. Give me something!” an impassioned Oddo added. “Saturday is the day. You have to give me something.”

White could offer nothing more than a meeting, reminding the council members it was a lack of funding, not a lack of will.

“We have to do something,” Recchia said. “We may have to put something in the budget to get something done.”

Council members can add discretionary funding to the Parks Department budget, however, White spent much of her testimony describing where discretionary funds were needed elsewhere to fill gaps left from proposed budget cuts.

White said without funding from the Council, four pools—Wagner Pool in Manhattan, Howard Pool in Brooklyn, Fort Totten Park Pool in Queens, and Faber Pool in Staten Island—will be forced to close and the season will be shortened by two weeks at all other pools. In addition, White asked for money to help clear the backlog of tree pruning requests, many from Hurricane Sandy, and the Parks Opportunity Program, a transitional employment training program.

The City Council will wrap up budget hearings on June 5th before allocating discretionary funds and submitting a final budget by June 30.