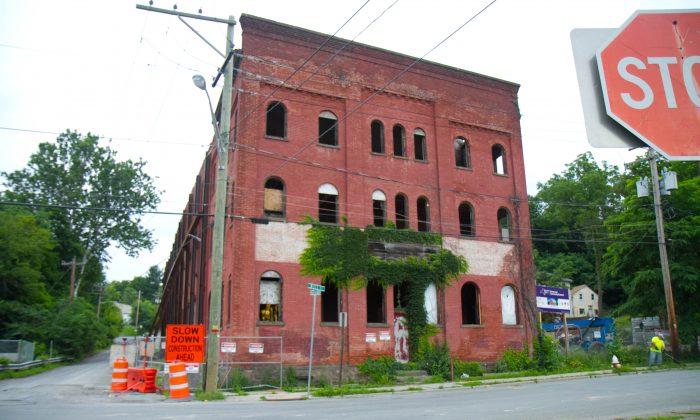 Middletown to Get More Affordable Housing

Middletown, N.Y.—The dark cavities that are the windows of the old hat factory on the corner of Mill St. and Harding St. in Middletown will soon be filled with light.

Construction started at 34 Mill St. on June 24th and Orange County’s Director of Community Development, Rich Mayfield, projects it will be finished by next spring.

The building, known as the Mill, used to have seven buildings when it was built in 1874 as a hat factory.

“The former Fuller Brothers Hat Manufacturing complex is historically and architecturally significant as an important and rare surviving example of the mid-19th century large scale industrial development in the city of Middletown,” says the website of Scott Henson Architect LLC, one of the architect firms working on the project.

The building, known as the Mill, used to have seven buildings when it was built in 1874 as a hat factory.

There will be 42 one, two, and three-bedroom apartments available to people who make 30-50 percent of the area median income.

The renovation is being funded by a public-private partnership between the New York State Homes and Community Renewal, and the Community Preservation Corp., Raymond James Tax Credit Funds Inc., the Orange County HOME Program, the Federal Home Loan Bank, and the Urban Initiative.