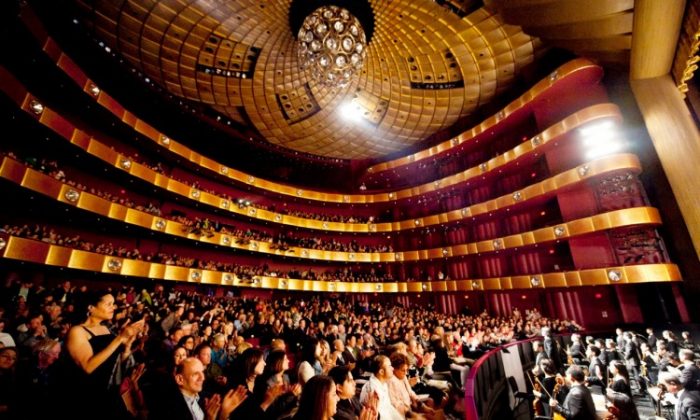 NEW YORK—Joseph DeStefano, Mayor of Middletown, New York, was “almost brought to tears” by Shen Yun Performing Arts’s opening performance at Lincoln Center on Wednesday. “My wife and I are so thankful that the show is here in New York City,” he said.

Shen Yun, based in New York, tours the world with the mission of reviving 5,000 years of divinely-inspired Chinese culture, along with its principles such as benevolence, honesty, and wisdom, according to the company’s website. This culture was nearly destroyed by more than six decades of communist rule in China.

Mayor DeStefano particularly enjoyed the dance called The Choice, that brings the audience back to modern day China, where basic human rights are questionable. “It’s a very strong message that almost brings you to tears.”

The Choice depicts the persecution of the spiritual practice of Falun Gong in modern China. A young man catches a thief for the police and is recruited into the force. Later, he encounters an old friend when she is with a group of Falun Gong practitioners protesting on Tiananmen Square. He must choose whether to beat her or to protect her and the practitioners.

“It makes you think about a lot of things in today’s world,” he said. “It’s just a powerful message.”

Male dances such as Qing Imperial Guards focus on masculinity and valor, with props such as spears and swords. Meanwhile, female dances emphasize gentle grace with props such as water sleeves and lotus fans. “I am just amazed by the grace and the elegance of the show,” Mayor DeStefano said. “It’s just an amazing show.”

The mayor likened the dancers jumps and leaps to “feathers dropping.”

An important aspect of classical Chinese dance is its form. Although some classical Chinese dance movements may appear simple, an intricate process is at work behind the scenes, according to Shen Yun’s website. Each part of the body must be perfectly coordinated. Seemingly simply aspects such as the direction of the gaze and placement of the fingers require perfect accuracy.

Accompanying the highly-skilled dancers, who are adorned in colorful, handcrafted costumes, are digital backdrops, and an unique orchestra that melds both Western and Chinese instruments.

Mayor DeStefano appreciated the performers hard work and the company’s sharing the 5,000 years of Chinese culture and civilization.

“I want to thank everyone involved in the program, the dance, and just encourage people to see it,” he said.