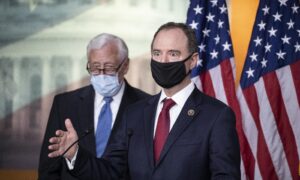 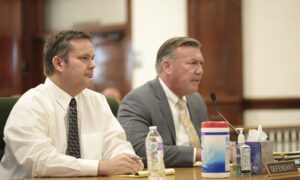 Several people were wounded in a shooting inside an office building in Middleton, Wisconsin, police said.

UW Health University Hospital confirmed told NBC News that they received four patients from the shooting. The severity of their injuries is not clear.

Judy Lahmers, a business analyst at WTS Paradigm where the shooting took place, said that she heard gunshots. She ran from the building and hit behind a vehicle.

According to Madison.com, “It appears the situation is stable now,” Davis said. “The bad news is that there were four injured by the suspect.”

“Officers and emergency personnel are on the scene,” Middleton Police said in a statement. “Please lock all doors, stay inside and shelter in place until further notice.”

Photos showed a large police presence as well as a number of ambulances. The ATF and the Dane County Sheriff’s Office responded to the scene, according to reports.

“I saw a dude walking with a gun inside the building,” Andrew King, an employee at TrafficCast near the shooting, told the Wisconsin State Journal. “He was just walking with it, and I didn’t see any shooting.”

Lance Muzzillo, who works nearby, told Madison.com: “I didn’t hear anything.”

He said, “It was quick. We were on lockdown for maybe 45 minutes and then we had Dane County Sheriff’s officers come up and account for everybody on our floor and then escort us down to this spot.”

The Middleton Cross Plains School District initiated a lockdown for all of its schools, district spokesman Perry Hibner said.

Madison College also sent out a statement: “There is no active threat on campus at this time. If at West, shelter in place & standby for updates. Avoid the area north of West Campus into Middleton.”

Middleton is a suburb of Madison, the state capital of Wisconsin.