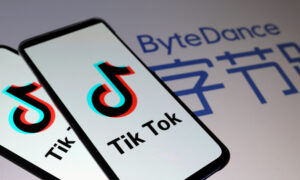 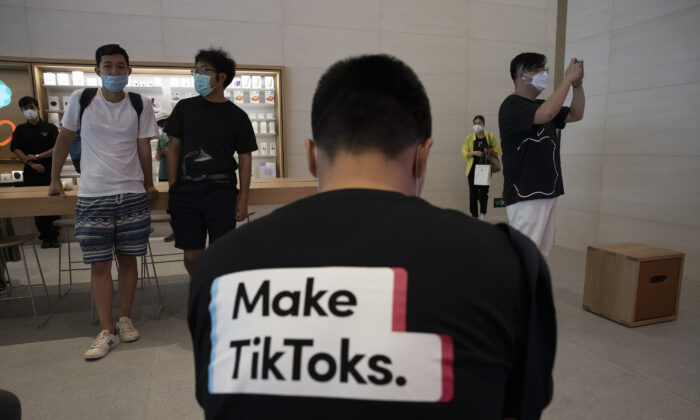 President Donald Trump plans to ban TikTok from the United States because of national security and privacy concerns, but he may allow a U.S. company such as Microsoft to buy TikTok, a video platform, from its parent company.

While Microsoft may be based in the United States, it’s actually a multinational company with links to the Chinese Communist Party (CCP), Navarro argued.

Besides being among the American tech companies that helped the CCP set up its internet censorship, known as the “Great Firewall,” Microsoft continues to operate its Bing search engine and Skype video chat platform in China.

“So, the question is, is Microsoft going to be compromised?” Navarro asked during an appearance on CNN, pointing to a doctrine put forth by Chinese leader Xi Jinping that essentially states that any company, foreign or domestic, must hand over information or data that’s requested by the CCP.

“Whose software does the People’s Liberation Army in China run on? Microsoft. The Chinese Communist Party, whose software do they use to do all the things they do? It’s Microsoft,” Navarro said.

If Microsoft wants the TikTok deal to go through, executives might want to divest from China, Navarro added.

Microsoft declined to comment on Navarro’s recommendation, instead referring to an announcement made by CEO Satya Nadella on Aug. 2.

Nadella said he spoke with Trump, while Microsoft and ByteDance are in discussions about TikTok that are expected to be completed by Sept. 15.

“Among other measures, Microsoft would ensure that all private data of TikTok’s American users is transferred to and remains in the United States. To the extent that any such data is currently stored or backed-up outside the United States, Microsoft would ensure that this data is deleted from servers outside the country after it is transferred,” the company said in a statement.

Trump announced last week that he would ban TikTok through an executive order. He also said at the time that he wouldn’t support an American company buying TikTok.

The idea of having an American company buy TikTok has garnered some bipartisan support.

“A US company should buy TikTok so everyone can keep using it and your data is safe. This is about privacy. With TikTok in China, it’s subject to Chinese Communist Party laws that may require handing over data to their government. A safe way must be found for TikTok to continue,” Senate Minority Leader Chuck Schumer (D-N.Y.) said in a statement on Aug. 3.

House Minority Leader Kevin McCarthy (R-Calif.) is among the Republicans who support the proposed deal.

Secretary of State Mike Pompeo said over the weekend that the president will take action on apps linked to the CCP “in coming days,” highlighting the national security risks.

“These Chinese software companies doing business in the United States, whether it’s TikTok or WeChat, there are countless more … are feeding data directly to the Chinese Communist Party, their national security apparatus,” Pompeo said.