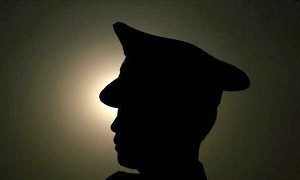 In the latest move in the Microsoft-Motorola patent lawsuit, Motorola, now owned by Google, reportedly asked for a 2.25 percent royalty on all Xbox 360s sold to walk away from litigation, but Microsoft turned down Motorola’s settlement offer.

“While we welcome any good faith in settlement effort, it’s hard to apply that label to a demand that Microsoft pay royalties to Google far in excess of market rates, that refuses to license all the Microsoft patents infringed by Motorola, and that is promptly leaked to the press,” Microsoft’s Deputy Counsel Henry Gutierrez said, according to technology magazine Xbox.

The settlement, which could have ended the battle playing out between the two companies in several countries and American courts, also offered Microsoft $0.33 for each Android phone that utilizes Microsoft’s ActiveSync technology, while asking for $0.50 in return for every copy of the Windows operating system sold.

Microsoft was found to be violating four of Motorola’s patents, but the lawsuit is still ongoing.