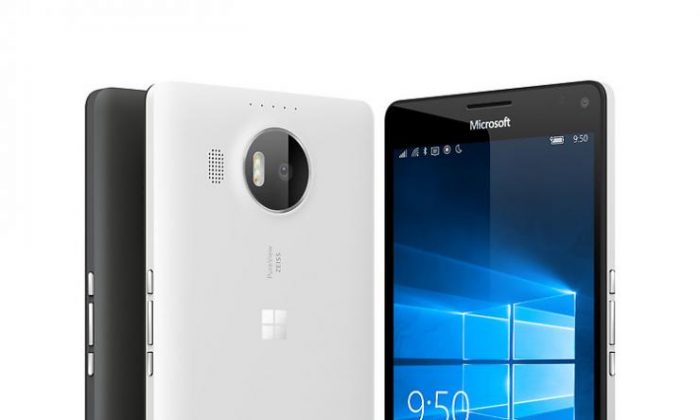 Microsoft is looking to launch its Lumia 950 and Lumia 950 XL phones Nov. 20, according to reports this week. Windows Central has reported that the phone will be on AT&T. (Microsoft)
Tech

Microsoft is looking to launch its Lumia 950 and Lumia 950 XL phones Nov. 20, according to reports this week. Windows Central has reported that the phone will be on AT&T.

According to The Verge, sources familiar with Microsoft’s plans said the Nov. 20 report is accurate. The firm is also planning to make the Lumia 950 XL available as an unlocked device for sale at Windows stores in the United States, the report states.

Windows Central, however, reported that there will be a delay for the phone’s release because there have been issues in enabling Windows Hello, which is the phone’s authentication system that also enables iris scanning to unlock the device. The report says that the scanning will be “likely” available during the phone’s launch.

Regarding the cheaper Lumia 550, a report from Tech Times states that it will come with Windows 10 pre-installed. It reports that “December will be the starting point” for the rollout of the update. The handset is retailing at €118.90 ($127 USD) now in Finland, reported WMPowerUser.com. It features a 4.7 inch HD screen, LTE, quad-core Snapdragon 210 processor and 5 megapixel rear and 2 megapixel FF camera. Lumia 550 pre-orders have started in Finland.

The Windows 10 Mobile software as building 10586 was finalized by Microsoft, which will arrive on the Lumia 950.

AT&T hasn’t announced pricing or preorders for the Lumia 950 as of yet.

In the United Kingdom, Vodafone will stock the handset. Neither AT&T or Vodafone mentioned the 950XL model.

In terms of specs, the 5.2-inch Lumia 950 has hexa-core Qualcomm Snapdragon 808 processor and has 3GB of RAM to go with 32GB of storage space. The rear cover is a MicroSD card slot that could raise the number by 200GB. There’s also a removable 3000mAh battery that can be charged wirelessly, Yahoo reported. It features a AMOLED 2560 x 1440 pixel screen.

The Lumia 950XL has Snapdragon 810 octa-core processor, and it has the same amount of RAM. The battery is larger at 3340mAh, while the screen size is also larger at 5.7 inches, but it has the same resolution. It is also covered in Gorilla Glass 4. It’s slightly heavier.