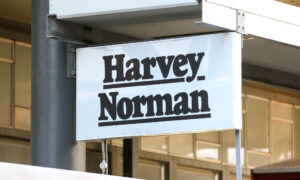 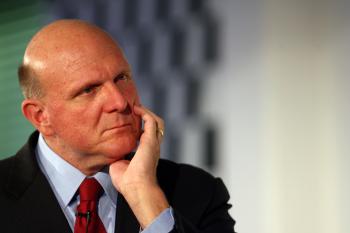 Chief Executive Officer of Microsoft Corporation Steve Ballmer looks on during a news conference Oct. 7, 2009 in Germany. Ballmer talked about the upcoming launch of the new Windows 7 computer operating system. The software giant announced that it was lay (Miguel Villagran/Getty Images)
Business

By Peter Sedik
Print
The Microsoft layoffs are complete, as the software giant announced that it had cut 800 jobs on Wednesday Nov. 4, in addition to the 5,000 layoffs announced in January of this year.

"Today, we are eliminating around 800 positions spread across multiple businesses and locations and have completed our reduction plan sooner than we had anticipated 11 months ago," company spokesman Lou Gellos said.

The layoffs will affect multiple locations and different business units for Microsoft.

Today's massive job cut is the largest one in Microsoft's 34-year history, affecting around 6.3% of its staff. According to the Microsoft website, the company had 91,005 employees worldwide on Oct. 23.

Among people who were axed is Don Dodge, Microsoft’s Director of Business Development for the Emerging Business Team, who is a frequent speaker at technology related conferences.

This year, Microsoft announced its first fiscal year of declining sales, attributed to decreased demand for PCs, which in turn affected sales of its popular Windows operating system and Office suite. Microsoft puts their hope on a sales revival for Windows 7, its flagship operating system which was released to public on October 22.

According to industry watchers, another revenue decline is related to the rising popularity of netbook PCs, which are cheap portable computers which have low profit margins for hardware makers as well as Microsoft.

Other large technology corporations like IBM, Sun, or Intel also announced massive layoffs this year, attributing the cuts to the ongoing economic recession.