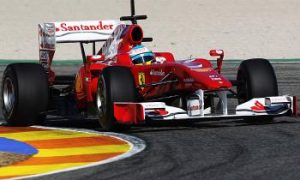 Interval Licensing was closed by Allen in 2000 and owned patents of computer science and communications research. The legal complaint claimed that online shopping technologies used by the aforementioned companies infringed on its patents.

Part of the complaint included a 1998 Internet screenshot of Google's "About" page that showed Interval Research credited as one of four sources of research funding, and one of two outside collaborators, according to a Reuters report.

"This lawsuit against some of America's most innovative companies reflects an unfortunate trend of people trying to compete in the courtroom instead of the marketplace," claimed Google through an e-mailed statement. "Innovation—not litigation—is the way to bring to market the kinds of products and services that benefit millions of people around the world."

Facebook did not mince words when its company spokesman Andrew Noyes said in that “we believe this suit is completely without merit and we will fight it vigorously."

The most noted name absent in the lawsuit is Microsoft. According to Colin Gillis, an analyst at BGC Partners LP in New York in an interview with Bloomberg, “Legal risk and patent risk in this day and age is part of the process of doing business. … The most interesting part is it doesn’t include Microsoft or Amazon.com Inc.,” he said.

David Postman, the spokesman for Allen, claimed that the lawsuit is very crucial to the business of Allen’s group in order to protect the group’s investments. According to Postman, Interval Research, Allen’s company, has made a great contribution to the market with these technologies and would not tolerate any companies manipulating its contributions in the business. Hence it was imperative to protect the “groundbreaking” work Interval Research provided to the Internet economy, said Postman.

Postman declined to say why Microsoft or Amazon weren’t named.

EBay, the owner of e-commerce sites and the PayPal payment service, is investigating the allegations.

“We intend to defend ourselves vigorously,” said Johnna Hoff, a spokeswoman for the San Jose, Calif.-based company.