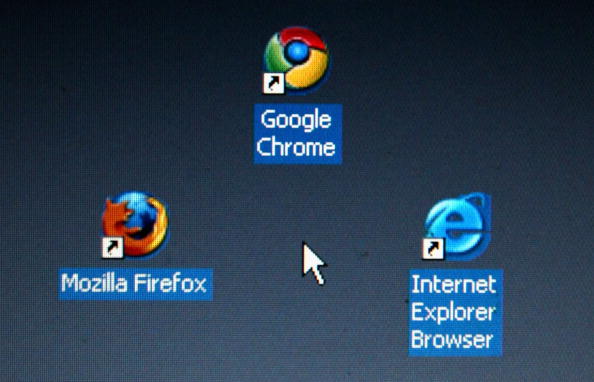 The Google Chrome browser is displayed next to Mozilla's Firefox and Microsoft's Internet Explorer in this photo illustration. While they are close together in this picture, the European Commission fined Microsoft $731 million for not providing Windows users with a choice of browsers on March 6. (Alexander Hassenstein/Getty Images)
Business & Economy

The European Commission on March 6 fined Microsoft $731 million for not complying with a previous agreement that would allow Windows users a free choice of internet browsers.

“This is the first time that the Commission has had to fine a company for non-compliance with a commitments decision,” says a European Commission (EC) press-release.

Microsoft had reached an agreement with the EC in 2009 to provide Windows users with a free choice of web browsers for download. The agreement came in the aftermath of an antitrust investigation that examined Microsoft’s combination of Windows and the Internet Explorer. The company tied its Internet Explorer browser to its Windows operating system, which has a leading market share, thereby limiting less-informed users in their browser choice.

At first, Microsoft did provide European Windows users with a “choice screen” to select different browsers which resulted in 84 million browser downloads as of November 2010. In July 2012, however, the EC found out that Microsoft had removed the choice screen in a 2011 Windows 7 update.

“Legally binding commitments reached in antitrust decisions play a very important role in our enforcement policy because they allow for rapid solutions to competition problems. Of course, such decisions require strict compliance. A failure to comply is a very serious infringement that must be sanctioned accordingly,”  Joaquín Almunia, EC vice president in charge of competition policy, said in the press release.

With respect to the amount of the fine, the EC could have levied up to 10 percent of the firm’s total revenue—$7.4 billion dollars in Microsoft’s case. Taking into account the “gravity and duration of the infringement” as well as the fact that Microsoft cooperated with the second investigation resulted in a much lower, but nonetheless hefty fine.

Microsoft shares were trading down 0.2 percent to $28.24 in early pre-market trading in New York on March 6.

A spokesman for Microsoft in Germany declined to comment on the matter on the morning of March 6 and said the company was preparing a statement for release later March 6.