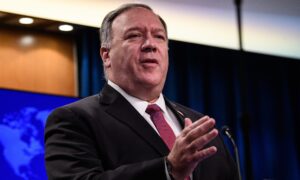 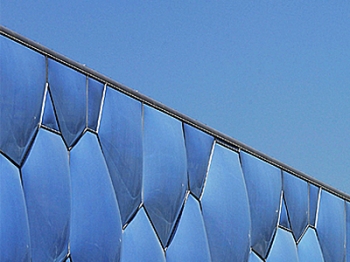 The National Aquatics Center, known as the water cube, stands next to the Beijing National Stadium, known as the bird's nest in Beijing, China. (Feng Li/Getty Images )
China

By Epoch Times Staff
Print
Guangzhou’s Chengdu Business Daily reported on July 23 that the world-class philanthropist and billionaire had rented a courtyard 39 stories above the street at the Pangu Plaza (Pangu Daguan) near Beijing’s Olympic Cubic Stadium.

The newspaper said the information about Gates came from the building’s sales department, who said he planned to rent the courtyard for a year.

The Pangu Plaza is less than 180m from the Cubic Stadium with Olympic Park directly beneath the building.

Mainland Chinese Internet bloggers have said they do not believe a world-class philanthropist would spend 100 million yuan just to watch the Olympic Games.

Rumors have been circulating that Guo Wengui, the former developer of the Pangu Plaza, leaked the story to the journalist at the Chengdu Business Daily.

Corporate vice-president and China’s chairman for Microsoft Zhang Yaqin suggested before a news conference that real estate brokers could have created the rumor.

The Gates Foundation later sent an email confirming that the news is false.

The Pangu Plaza is located in the center of the area where the Olympic Games will be held. It is composed of five buildings and claims to be Beijing’s only seven-star hotel.

Liu was removed from his post in June 2006 for taking bribes while overseeing the construction of the Pangu Plaza and other capital construction projects for the Olympic Games.