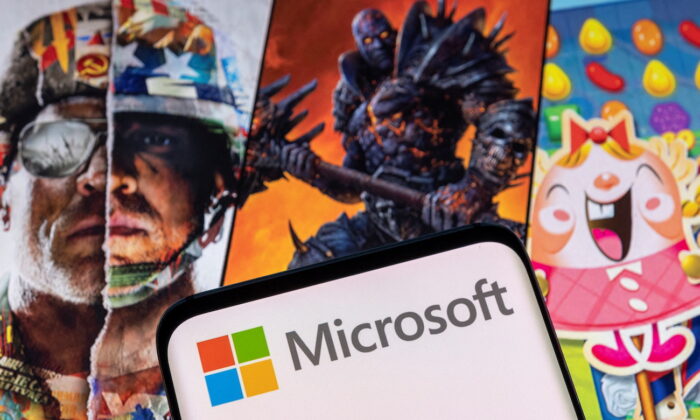 The UK’s Competition and Markets Authority (CMA) announced on Wednesday that it is investigating Microsoft’s acquisition of Activision Blizzard, a video game developer and publisher of interactive entertainment content.

The CMA is considering whether the merger will result in a “substantial lessening of competition within any market or markets in the United Kingdom for goods or services,” the agency announced on July 6. To assist with its assessment of the merger, the CMA is inviting comments regarding the transaction from interested third parties until July 20. The deadline for phase 1 decision has been set for Sept. 1, but the date could change, said the agency.

“We expect and think it’s appropriate for regulators to take a close look at this acquisition,” said Lisa Tanzi, corporate vice president and general counsel at Microsoft, in an emailed statement to The Epoch Times. “We have been clear about how we plan to run our gaming business and why we believe the deal will benefit gamers, developers, and the industry.”

Microsoft is “committed” to answering the regulator’s questions and believes that a thorough review of the matter will help close the deal with “broad confidence,” Tanzi said. Microsoft is expecting its acquisition deal to close during the fiscal year 2023. If it passes, Microsoft will become the third-largest game publisher in the world behind Tencent and Sony.

Microsoft had announced plans to acquire Activision Blizzard in January in an all-cash transaction valued at $68.7 billion. The current CEO of Activision Blizzard, Bobby Kotick, will continue serving in his post after the merger, Microsoft said in a Jan. 18 news release.

The Microsoft–Activision deal has raised concerns among indie developers. If Microsoft’s Game Pass—the company’s video game subscription service—increasingly becomes the sole means through which people can access games, small game development studios may find it difficult to operate in the market. They could become too dependent on Microsoft and the Game Pass service.

If gamers were to sign up for Game Pass and move away from buying individual games, it would be hard to predict what would happen to indie games, Piers Harding-Rolls, analyst at Ampere Analysis, told the BBC.

“Conceivably, indie games outside of these services might lose engagement as subscribers focus most of their attention on games they can access for free within the service.” Of the around 500 games available on Game Pass, there aren’t many indie games, he added.

Meanwhile, the U.S. Federal Trade Commission is also investigating the merger deal, ascertaining the potential impact it would have on the labor market as well as focusing on the consumer data held by both companies.