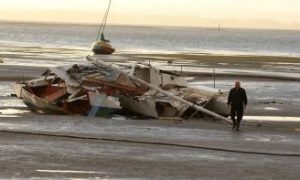 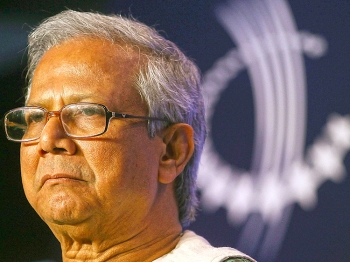 Microfinance at a Crossroads

By Heide B. Malhotra
Print
Microfinance is a powerful tool that enables the poor to climb out of poverty and empowers them to run their lives successfully by providing a way to borrow funds and save in a small way. Microfinance brings the financial world to the poorer segment in society. In short, it serves those unserviced by the major banks.

“People living in poverty, like everyone else, need a diverse range of financial services to run their businesses, build assets, smooth consumption, and manage risks,” according to an entry on the CGAP website. CGAP is an independent policy and research center solely dedicated to helping the poor by advancing financial access.

Microfinance took its root when Dr. Mohammed Yunus lent $27 to 42 Bangladeshi women in 1976. In 1983, Yunus formed Grameen Bank (GB), the first microfinance bank. However, he does not own GB. GB’s equity is owned by 95 percent of the borrowers and the remainder by the Bangladeshi government. At the time, no collateral was needed and no legal documents had to be signed.

Since 1998, this bank no longer asks for donations and is profitable enough to support its operations.

GB “does not see any need to take any donor money or even take loans from local or external sources in [the] future. GB’s growing amount of deposits will be more than enough to run and expand its credit programme and repay its existing loans,” according to GB’s website.

Others have become active in the microfinance field and publish equally impressive numbers. Established in 1961, ACCION, a major microfinance provider, indicates that it has served close to 12 million borrowers between 1999 and 2010. ACCION has been instrumental in establishing 62 microfinance institutions in 31 countries, which currently serve 4.9 million borrowers.

ACCION, unlike GB, asks for donations and states on its website, “Your generous support enables ACCION International to develop effective and self-sustaining financial solutions for the poor worldwide.”

Citigroup Inc., a global bank, entered the world of microfinance in 2005. According to its website, “Citi [has] worked with the microfinance sector and investors to develop appropriate products, distribution mechanisms and financing. … These activities included Citi providing direct and structured financing, access to local capital markets, leasing, individual lending through MFI [Microfinance Institution] partners, foreign exchange and interest rate hedging, remittances and insurance.”

Worldwide, microfinance companies hold $60 billion in assets, serve 88 million borrowers, have 76 million savings accounts, and are predicted to grow 20 percent annually, according to the Microfinance Banana Skins 2011 report. This report is based on survey information recently published by the Centre for the Study of Financial Innovation (CSFI), a not-for-profit think tank.
.
“Originally created as a grass-roots movement to provide credit to the neediest, microfinance has grown enormously over the last 20 years and is now firmly established as a major supplier of a wide range of financial services to millions of people in the emerging world,” according to the CSFI report.

Muhammad Yunus, founding father of GB, was dismissed in April as managing director of the Bangladeshi MFI by the legal establishment.

“‘Dismissed.’ A single word on April 4 from Bangladesh’s highest court ended a bitter legal battle that has grabbed world attention,” according to a recent article on the Knowledge@Wharton (KW) website, a publishing arm of the University of Pennsylvania.

The Bangladeshi government used a law that was enacted when creating GB, giving the government the power to fire Yunus, the managing director, at any time.

The official reason is that 70-year-old Yunus is too old to run the bank, based on the law that established the mandatory retirement age of 60.

The unofficial reason is that Yunus has run afoul of Prime Minister Sheikh Hasina. After having been awarded the Nobel Prize in 2006 and shortly after the military coup, he told the Bangladeshis in 2007 that he would form a political party. This didn’t sit well with the military, the prime minister, and other officials. Although Yunus had followed through with forming a political party, he shortly afterward disbanded it.

“Sheikh Hasina—stoking a longstanding personal feud with Yunus—weighed in. Using a press conference in February, she accused MFIs of ‘sucking blood from the poor.’ Her government has since launched various investigations into activities at Grameen Bank,” according to the KW article.

In the meantime, Yunus is staying put. In 1999, just before Yunus turned 60, the GB’s board of directors, which includes the Bangladeshi government, determined, without any dissenting votes, that the retirement rule did not apply to the managing director.

Dark Side of Microfinancing

“The good name of microfinance is under threat,” according to an entry on the CSFI website.
The latest squabble over Yunus, the man who is very popular with foreign governments and has friends in high places, including President Obama, has brought out one more dark side of that financing vehicle.

In the microfinance world, charges of politicizing, commercialization, and robbing the poor have been heard from all corners of the world.

“MFIs from Morocco to Mexico have been accused of exploitation and profiting from aggressive sales tactics and the usurious double- or even triple-digit interest rates they charge customers,” according to the KW article.

Over the past two years, the institutions, tasked with serving the unserviced segment of society, have lost sight of their fundamental directive and are more interested in growth and profitability. Besides this latest trend, these institutions have joined the ranks of the larger institutions that caused the last financial meltdown—they no longer do a thorough risk analysis of the borrower and hand out loans to anyone who walks through the door.

“All have combined to cast microfinance in a new and unflattering light, and have raised doubts about the continued willingness of donors and investors to provide the support it crucially needs,” according to the Banana Skins 2011 report.

Microfinance is faced with 24 risk factors that could put a dent in the financing availability for the poor people, according to the Banana Skins report. The major risk is sloppy credit risk analysis of prospective borrowers, followed by reputation, competition, political interference, transparency, funding problems, and back-office dealings.

Governments have sought to regulate microfinancing, especially when public outrage over high interest rates ensues, or when borrowers default on the interest and principle of loans.

“The continuum of institutions providing microfinance cannot develop fully without a regulatory environment conducive to their growth. … A transparent, inclusive framework for regulation will preserve the market specialties of different types of microfinance institutions—and will promote their ultimate integration into the formal financial system,” according to an entry on the CGAP Microfinance Gateway website.