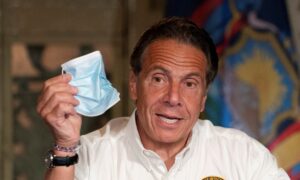 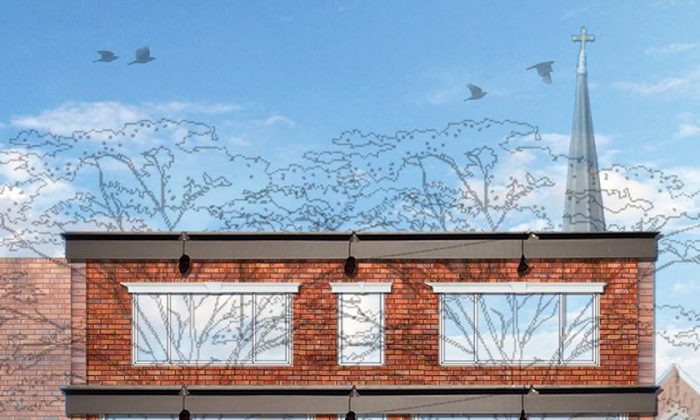 PORT JERVIS—Another building in Port Jervis might have fallen to the demolition crews if it weren’t for two young entrepreneurs with altruistic intentions to renovate it into a restaurant and brewery.

The building, 46-48 Front Street, was declared unsafe last September and the city was considering tearing it down until Sean Donnelly and David Krantz, both in their 30s, came along with an offer to buy and renovate it.

They had been kicking around the idea of opening a brewery/restaurant for a while and had even gotten into the final planning stages, but it wasn’t till they found Port Jervis that their dream came close to reality.

They said the helpfulness of the city, particularly the mayor, was like night and day compared to what they had heard about opening a business in New York City. With the support of local business owners Debbie Raia and Gordon Graff guiding them through the process, their biggest challenge is now renovating the building.

Port Jervis is home to a lot of amazing buildings and households, most of which deserve to be kept.
— David Krantz, Owner, 46-48 Front Street in Port Jervis

They looked at several other buildings, including the old Flo-Jean’s Restaurant, but settled on 46-48 Front Street because they, like many others, couldn’t imagine the large hole it would leave in the downtown if demolished.

“Port Jervis is home to a lot of amazing buildings and households, most of which deserve to be kept. Honestly that is part of what drew the two of us to the area and the building,” said Krantz.

The city agreed to sell it to them and forgive the taxes that were owed on it, if they could stabilize it within one year.

After weeks of waiting for the title to be cleared, they finally closed on Dec. 30.

The building, which according to the mayor was most recently a storefront for Fierce Design and before that Buchanan card shop, is a three-story brick building that was built in 1927, according to county tax records.

The building has deteriorated over the 10 years it was vacant and in some cases half-finished renovation projects have made it worse. On the top two floors, sections of the floor have been completely removed so one can see all the way down to the first floor from the top of the third floor. The back wall, which was temporarily reinforced by the city four years ago to keep it from collapsing, needs to be permanently repaired. Old, broken furniture, peeling paint, and cracks in the walls can be found throughout.

Through all the dust, debris, and cheap overlay though, Krantz and Donnelly see a lot of potential in the building.

“I was enthralled by the amazing original tin ceilings, grand stairwells, curved walls, and exposed brick,” Donnelly said, recalling the first time he set foot in the building.

They have tentative plans for a yoga studio on the second floor and possibly apartments on the second and third floors, but those are not their immediate project.

Their first priority is the ground floor with its tall, street-facing windows and an almost completely-intact tin ceiling, which they plan to transform into a restaurant and brewery called Fox N Hare Brewing Co.

They plan to cut out part of the floor on the east side to expose a section of the basement and put the brewing equipment there. On the west side of the building will be the restaurant and bar.

“This will create an incredible aesthetic, while still showing off our beautiful brewing equipment and keeping a physical boundary between it and our patrons,” Donnelly said about the view of the partially exposed basement.

They say that while brewing is in the name, they want the feeling to be a restaurant with a bar, instead of a bar with a restaurant, and hope people who don’t want to drink will be drawn there as well.

Without giving specifics about the interior’s décor, they both agreed they want it to exude comfort.

“We have both visited far too many warehouse breweries,” Krantz said, insisting they aren’t interested in that trend.

“We want our establishment to be somewhere that people of all walks of life can congregate, meet, and interact,” Donnelly said.

The idea of a meeting place, where people of all walks of life will congregate, was part of how they chose the name.

To them, Fox N Hare represents difference or opposing forces coming together “like the yin and yang” Donnely said.

He said he likes the idea of a “publican,” or someone who manages a public house or tavern where people congregate, “a place that a town’s citizens gather for events, day to day conversation, or just a bite and pint,” Donnelly said.

They also hope Fox N Hare adds to what they see as the revitalization of Front Street and the downtown business district, which Krantz doesn’t expect to see change overnight, but said they are willing to do what they can to bring people in.

“Aside from just bringing in business, we hope to help generate new festivals, graphics, and marketing materials that will help others see what a great place Port Jervis is,” Krantz said. “We know that many things will require lots of money, time and public approval, but there are also many things that can be done just out of our passion and interest.”

Donnelly and Krantz met six years ago at a brewery on Manhattan’s East Side and connected over their fondness for “beer and bad humor,” Krantz said.

Krantz, who is originally from South Carolina, now has his own video production company in Manhattan called Arbuckle Industries. Donnelly, originally from Indiana, came to New York City for the job prospects and, as a musician, the musical opportunities as well.

Krantz discovered Port Jervis on the way to a shoot in Scranton and introduced it to Donnelly. They both fell in love with Port Jervis’s historic buildings, proximity to outdoor recreation, and walkability, with easy transportation to New York City.

When asked what kind of food they will be serving, Krantz said “fresh, flavorful, and memorable.”

The other commonality they have is a commitment to the environment, which Krantz describes as being part of their DNA. Their plans for their new business venture reflect that.

Krantz said they plan to salvage as much of the building materials as possible, install more efficient mechanical systems, and are thinking about green energy sources like solar further down the road.

They also hope to minimize their foot print and support the local economy by sourcing their ingredients as locally as possible.

“A really easy way for all of us to shrink our eco-footprint is to minimize the distance that our food travels on trucks before it gets to us,” Donnelly said.

He said this also means fresher ingredients, so even if their customers don’t care about their carbon footprint, they will appreciate the better quality. “It’s a win-win,” he said.

When asked what kind of food they will be serving, Krantz said  “fresh, flavorful and memorable” and Donnelly said “wholesome, fresh, locally-sourced.”  They have already posted photos on their Facebook of chocolate babka french toast, vegan tacos, and a Cobb salad by their soon-to-be chef Shannon Philips.

While it will take some time to renovate the building and open the kitchen, they are aiming to be open by the Fall Foliage Festival in 2016.