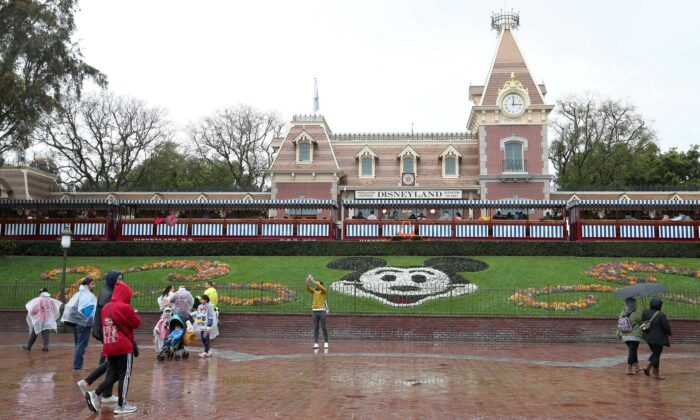 A general view of the entrance of Disneyland theme park in Anaheim, Calif., on March 13, 2020. (Mario Anzuoni/Reuters)
Southern California

Mickey’s Toontown at Disneyland to Close Next Year for Renovation

ANAHEIM, Calif.—Mickey Mouse’s Toontown at Disneyland will close in March 2022 to undergo a reimagining of the space, alongside a new attraction called Mickey and Minnie’s Runway Railway, theme park officials announced Nov. 15.

When Toontown reopens in early 2023, Disneyland officials said, their “imagineers” have envisioned all-new experiences so families and young children will have more opportunities to enjoy “a vibrant symphony of sights, sounds, and sensations” as they “slide, spin, splash, touch, and listen.”

There also will be open, grassy spaces for spontaneous play and relaxation.

One of the new features in Mickey’s Toontown will be CenTOONial Park, the first space guests will see when they enter. The natural space will be anchored by two interactive play experiences.

A fountain designed for water play will be placed in the center of CenTOONial Park. And, a nearby dreaming tree will be inspired by the tree a young Walt Disney would daydream under in his hometown; sculpted tree roots will provide an opportunity for children to play, crawl and explore, and undulating topography will offer rolling hills and a place to sit and dream.

The news was shared Monday at the International Association of Amusement Parks and Attractions Expo by Josh D’Amaro, chairman of Disney Parks, Experiences and Products, and posted on the Disney Parks blog.