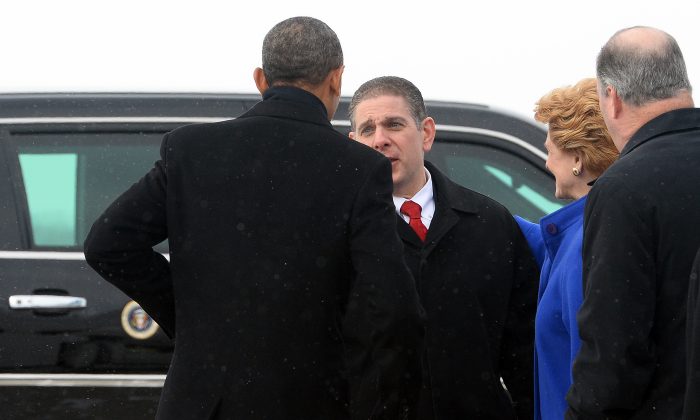 Michigan’s capital city, Lansing, rapidly backtracked on designating itself as a sanctuary city after business leaders complained this month.

The term “sanctuary” is not an official term, but usually denotes jurisdictions that shield illegal immigrants from federal immigration authorities.

Lansing City Council members initially voted on April 3 to adopt a three-page resolution that touts its “welcoming environment for immigrants and refugees.”

The resolution did not differentiate between legal and illegal immigrants, but rather grouped them together.

“Whereas, the mayor and the Lansing City Council stand united in our commitment to the just treatment and equal protection of all residents, regardless of their country of origin or immigration status.”

But local business leaders railed against the resolution, accusing the city council of bringing a federal matter to local politics, in a letter.

Daman and Studley said the resolution’s wording placed “an unnecessary target on the City of Lansing while jeopardizing millions of dollars in federal funding that impacts the city budget.”

Trump has warned sanctuary jurisdictions that they could lose federal funding for refusing to comply with federal immigration enforcement agencies.

Daman and Studley asked the council to amend the resolution to remove the reference to “sanctuary city.”

In response, the council held a special meeting on April 12 and rescinded the resolution, replacing it with one that omitted the entire page that directly targeted federal executive orders on immigration.

However, at the end of the new resolution, the council reaffirmed its support for an executive order that Lansing’s mayor issued on April 3.

Mayor Virg Bernero’s order says the city will not comply with Immigration and Customs Enforcement (ICE) detainer requests. A detainer asks local law enforcement to hold an inmate for up to an extra 48 hours for transfer to ICE. The city will only hold inmates if presented with a valid judicial warrant, says the mayor.

Michigan’s lack of compliance with ICE detainer requests follows a nationwide trend that shows a rapid decline in detainers being honored by local authorities after 2012, in response to lax enforcement policies.

In the 2012 fiscal year, Michigan received 1,662 detainer requests from ICE, of which 50 percent, or 842 were declined. In fiscal 2015, the state received 541 detainers and declined 273, according to Syracuse University TRAC data.