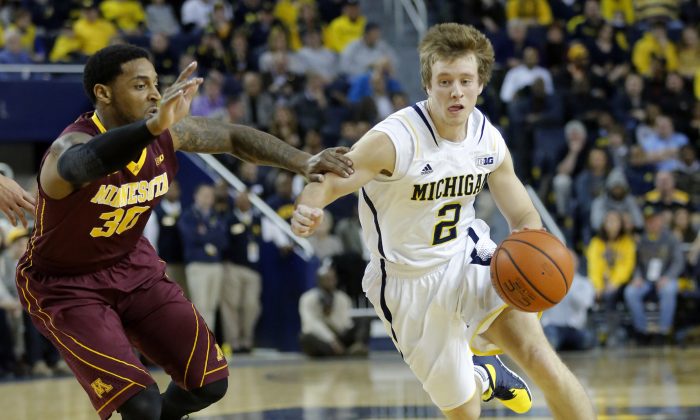 Spike Albrecht #2 of the Michigan Wolverines drives against Malik Smith #30 of the Minnesota Golden Gophers during the first half of a game at Crisler Arena Saturday, March 1, 2014 in Ann Arbor, Michigan. (Duane Burleson/Getty Images)
College Sports

The game, which will be broadcast on ESPN and ESP3, starts at 7 p.m.

Illinois is playing at home at the State Farm Center in Champaign.

After the game on ESPN, Kentucky (ranked 25th) will take on Alabama.