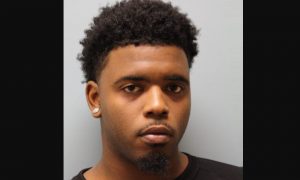 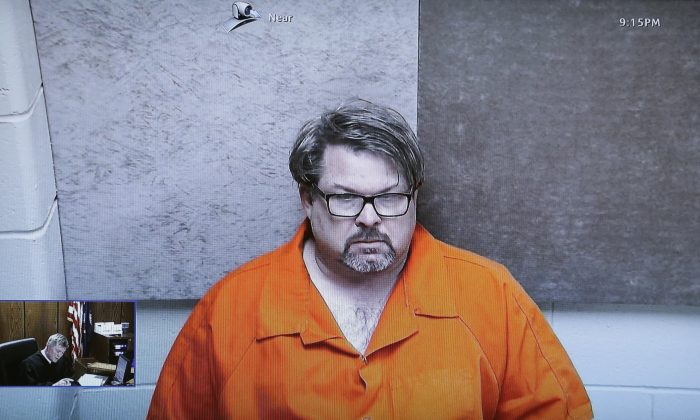 Jason Dalton, of Kalamazoo Township, Mich., is arraigned via video before Judge Christopher T. Haenicke, Monday, Feb. 22, 2016, in Kalamazoo, Mich. Dalton is charged with multiple counts of murder in a series of random shootings in western Michigan. (AP Photo/Carlos Osorio)
Crime and Incidents

An Uber driver accused of shooting and killing six people and injuring two others pleaded guilty to all charges on Jan. 7 after he initially blamed the ride-sharing company’s app for compelling him to kill.

Jason Dalton, 48, was charged with 16 counts, including six counts of murder and two counts of attempted murder, during his shooting spree on Feb. 20, 2016, in Kalamazoo, Michigan.

He told cops that a "devil figure" on Uber's app was controlling him.

Two months later, a judge ruled that Dalton was mentally competent to stand trial after psychiatrists said he understood the charges against him.

Prosecutors later said Dalton’s attorney, Eusebio Solis, told them the defendant intended to file a motion to use the insanity defense. But he later changed his plea to guilty.

“It took me a little by surprise ’cause throughout our discussions he was intent on going to trial,” said Solis, WOOD-TV reported. “Though I think he was influenced these last few days by his family. He didn’t want to put his family through it as well as the family of the victims.”

After his guilty plea on Monday, Dalton faces a life sentence without parole, Kalamazoo Prosecuting Attorney Jeffrey Getting said in a statement, Reuters reported.

“Well, I thought he was on the same page until this very morning, when in court the prosecution said, ‘We make no offers, but he can plea,'” added Solis. “I said, ‘We’ve considered that several times and rejected it.’ And he wanted to have discussions in private with me.”

Dalton submitted his guilty plea while jury selection was taking place in Kalamazoo County court, where he was standing trial this week, the news agency reported.

Dalton remained quiet in court and only spoke when he was asked questions.

“I’ve wanted to do this for quite a while,” he told the court about his guilty plea.

Uber driver charged with killing 6 people and seriously wounding 2 more in a shooting spree around Kalamazoo, Michigan, in 2016, pleads guilty Monday to all counts.

In March 2016, Dalton filed a $10 million federal civil rights lawsuit against the ride-sharing company after telling investigators that Uber’s app had the ability to “take over” his body and compel him to kill.

Kalamazoo County Prosecutor Jeff Getting said he and his team were happy to reach a resolution in the case.

“I don’t know whether there will ever be a satisfactory answer as to why he did it … the ‘why’ question is one that haunts us,” Getting said, CNN reported.