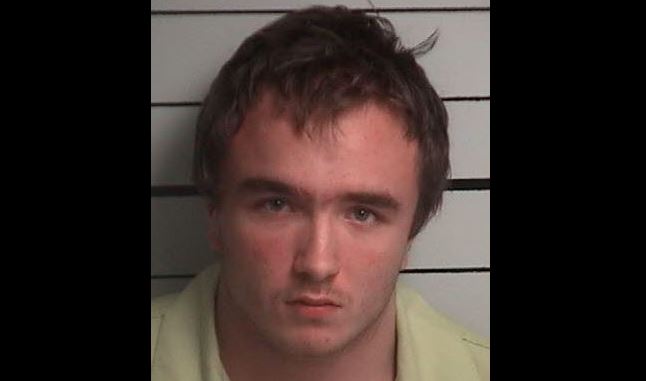 A Michigan teenager was arrested after making a threat to shoot up his high school.

The 17-year-old, Cullen Shafer, was arraigned at the Manistee County courthouse and charged with a felony threat of terrorism.

Shafer made a verbal threat to shoot up Brethren High School, according to the county’s sheriff.

Police said a group of students notified the school’s principal, who contacted the authorities.

Deputies went to Shafer’s home and confiscated an AR-15 that was owned by Shafer’s parents.

A 17-year-old student at Brethren High School was arrested and is facing a charge of making a threat of terrorism.

Cullen Shafer was just arraigned at the Manistee County courthouse. He was charged with a felony threat of terrorism. https://t.co/74RD15tAJc

“It’s very serious when you’re involving children at schools, that’s not right. We shouldn’t be living in a society where that’s happening. Something needs to be done, I’m not quite sure what it is yet, but something has to break the camel’s back,” said Manistee County Undersheriff Ken Falk, reported 9 and 10 News.

If Shafer is found guilty he could be sentenced to up to 20 years in prison.

The threat came around a week after the school shooting in Parkland, Florida that left 17 students and teachers dead.

People in the community said that the news of the Michigan threat was scary.

“This is Brethren. It’s a small town, most people don’t know where Brethren’s at, so yeah, it’s pretty scary to hear about it,” said parent Joshua Snow.

Another parent, Joe Tighe said, “My thoughts are, well, it’s going to happen sooner or later. I think the school did a really good job in handling it and the kids there, they did what they were supposed to do. I’m not worried about sending my kid to school tomorrow.”

Another arrest of a student was announced on Wednesday, Feb. 21, Fox2 reported.

He sent a message to friends on Snapchat. They reported the message to police officers.