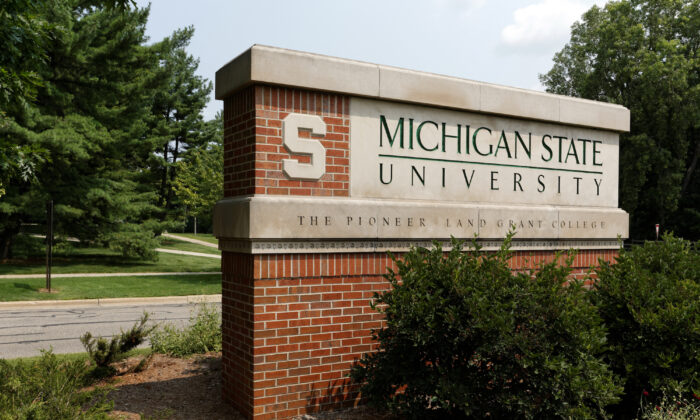 Michigan State University said it has closed its dining halls to the public and reduced service hours of two cafeterias because of a severe staff shortage.

“Like other schools and universities across the country, we are experiencing severe staffing shortages,” the university’s culinary services department said in a statement announcing the changes. “Many businesses in the local area and around the country are hiring. We are all competing for the same available talent.”

Under the new operation schedule, the university’s residential dining halls will only open for customers with MSU-issued ID cards. Two cafeterias in residence halls and two Starbucks locations on campus will also reduce their opening hours.

“Our human resources team is working as quickly as possible to recruit and hire team members for our dining facilities. They remain dedicated to improving staffing levels,” the university said, adding that it will also rely on student workers and volunteers.

“Some of these modifications may remain throughout fall semester,” it continued. “We foresee having an improved staffing level at that time.”

The university told WXYZ, a Detroit-based ABC affiliate, that its culinary services department needed about 470 full-time workers, 2,800 student workers, and 800 temporary and on-call employees to be fully operational. It did not say how many staff members it was short of.

The announcement comes amid a widespread labor shortage in Michigan’s hospitality industry. According to the latest survey by Michigan Restaurant & Lodging Association (MRLA), nearly 90 percent of restaurants and nearly all hotels in the state have been operating with inadequate staffing to meet consumer demand.

The survey was conducted on Aug. 3 and 6 by the MRLA over 320 restaurant and hotel operators, representing approximately 1,000 locations statewide. Nearly 80 percent of respondents reported closing early or for specific segments during the day as a direct result of inadequate staffing levels, even though most of them have increased wages in 2021 to attract and keep workers.

It also revealed that just 28 percent of respondents supported the federal recommendation of wearing masks indoors to “create a safer and more stable environment in which to operate,” while 72 percent opposed because it would “reignite an environment of fear that will negatively impact my business.”

In addition, 73 percent of respondents would oppose a “New York City-style” mandate requiring patrons to show proof of COVID-19 vaccination before they enter most indoor establishments including restaurants and hotels. Michigan Gov. Gretchen Whitmer is expected to sign a state budget that includes language banning state entities from requiring vaccine passports.

“Restaurant and hotel operators are trying to meet consumer demand that exceeds 2019 with 100,000 fewer workers and skyrocketing labor and commodity prices,” said Justin Winslow, president and CEO of MRLA. “Workers are exhausted and profit margins are thin for many despite the resurgent demand.”