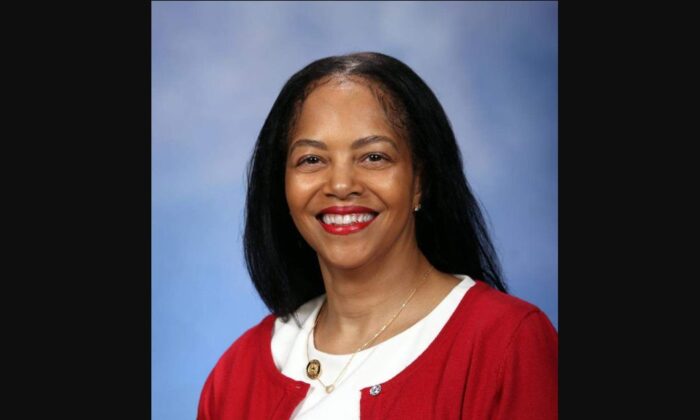 A Democratic Michigan state representative said that the anti-malaria drug hydroxychloroquine and President Donald Trump helped save her life as she battled COVID-19.

State Rep. Karen Whitsett said she tested positive for the CCP virus, commonly known as novel coronavirus, and began taking hydroxychloroquine on March 31, which was prescribed by her doctor. Both Whitsett and her husband had sought to treat a number of virus-related symptoms on March 18, she told a local newspaper.

Whitsett told the Detroit Free Press on April 6 that it took “less than two hours” before she started to experience relief from COVID-19, adding that she previously experienced swollen lymph nodes, shortness of breath, and sinus problems.

In her interview, Whitsett said she may not have been prescribed the anti-malaria drug if Trump hadn’t repeatedly mentioned it during press briefings. The president has touted the effectiveness of hydroxychloroquine in conjunction with the antibiotic azithromycin, although some health care professionals have said it could be a potentially dangerous combination.

But despite the criticism of the drug, a number of hospitals across the United States—including in hard-hit New York state—have prescribed hydroxychloroquine for COVID-19. Gov. Andrew Cuomo last month said health care providers in the state would use the drug in combination with the antibiotic Zithromax, or azithromycin, in some cases.

“It has a lot to do with the president … bringing it up,” Whitsett told the paper about the hydroxychloroquine treatment regimen. “He is the only person who has the power to make it a priority.”

When a reporter from the Free Press asked her about whether she thinks Trump saved her life, she replied: “Yes, I do,” and “I do thank him for that.”

Trump later posted the Free Press interview with Whitsett and wrote, “So glad you are getting better!”

Congratulations to State Representative Karen Whitsett of Michigan. So glad you are getting better! https://t.co/v6z46rUDtg

Hydroxychloroquine has long been used to treat malaria, rheumatoid arthritis, lupus, and other conditions. However, the drug can lead to potentially deadly side effects, including fatal heart arrhythmia, hair loss, vision loss, vomiting, and more.

“Currently, there is no proven way to prevent COVID-19 after being exposed,” said Anna Bershteyn, an assistant professor with the Department of Population Health at New York University, according to Fox News. Bershteyn, along with other researchers at NYU, is conducting a clinical trial on the effectiveness of the drug.

“If hydroxychloroquine provides protection, then it could be an essential tool for fighting this pandemic. If it doesn’t, then people should avoid unnecessary risks from taking the drug,” Bershteyn said.