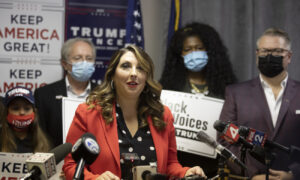 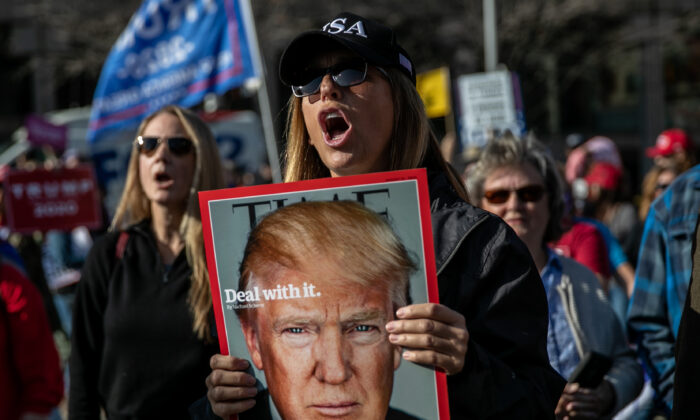 The state Senate and House of Representatives Oversight committees will hold a joint hearing on Saturday as part of the effort.

“We will investigate the elections process and seek to determine whether improprieties exist. We must avoid spreading rumors or making pronouncements without having all the facts,” state Sen. Ed McBroom, the Republican chair, said in a statement.

“Pouring gas on every potential fear and spreading doubt about the integrity of the system is not the answer, nor is ignoring troubling reports and dismissing out of hand anecdotal evidence that problems may exist.”

A slew of other Republican lawmakers said they want to ensure election integrity.

“All local clerks and election workers must follow state law and all legal votes cast in accordance with our election laws must be counted. If the facts show there were violations of law, there must be a thorough and transparent investigation and people must be held accountable,” state Rep. Bradley Slagh said in a statement.

State House Speaker Lee Chatfield, a Republican, said the oversight committees would “begin an inquiry into the election and counting procedures in our state for this election and future ones.”

“This isn’t to change results. America needs certainty and unity. This will help,” he added.

Skewed results in Antrim County, which was originally reported to have gone for Democratic presidential nominee Joe Biden, were updated to show President Donald Trump winning the county.

Republican officials said that 47 counties in the state may have used the same software.

“Antrim County had to hand count all of the ballots, and these counties that use this software need to closely examine their results for similar discrepancies,” Michigan GOP Chairwoman Laura Cox said during a press briefing.

“The people of Michigan deserve a transparent and open process. Voters deserve to know that all legal votes are being counted.”

Neither Election Source, the company that provided voting software, or Dominion Voting Systems, whose equipment Antrim County was using, have responded for requests for comment.

Antrim County Clerk Sheryl Guy told news outlets that what happened may have been because of a software error.

But the Michigan Department of State on Friday attributed it to an accidental human error on the part of Guy.

“The equipment and software did not malfunction and all ballots were properly tabulated. However, the clerk accidentally did not update the software used to collect voting machine data and report unofficial results,” the state agency said.

A Democrat commissioner candidate was declared the winner of a race in Oakland County, only to see officials later say the Republican incumbent won.

Tina Barton, clerk for the city of Rochester Hills, said in a statement that what happened was “an isolated mistake that was quickly rectified once realized.” She did not explain the nature of the mistake.

Adam Kochenderfer, the incumbent, told the Detroit Free Press that he was told there was a technical glitch.

According to the Michigan secretary of state’s website, Biden won Michigan by about 146,000 votes.

News organizations have called the state for the Democrat.

“President Trump won the election by 10k votes in 16 and Democrats took it like adults. This time, @joebiden won by nearly 15x Trump’s margin, but Republicans are choosing to side with conspiracy theorists and abuse the power of #mileg in an attempt to soothe their bruised egos,” Senate Minority Leader Jim Ananich said in a social media statement.

“The system worked and more than 5.5 million Michiganders voted by mail, via Dropbox, or at the polls. We need to respect and uphold the will of the people in Michigan instead of sowing doubt in our democratic process,” added state Sen. Jeremy Moss.