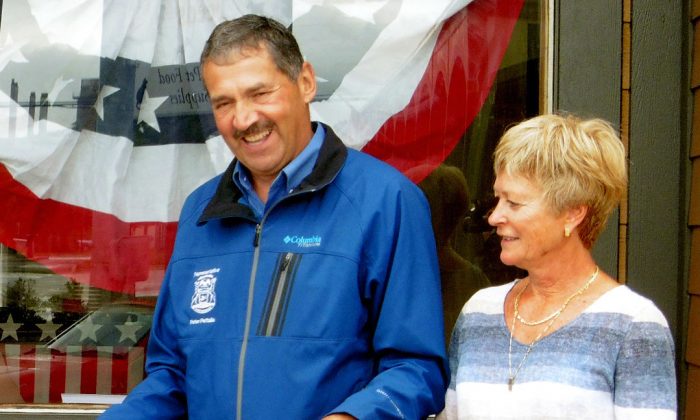 He was driving to Lansing for the legislative session when a pickup truck driven by a 59-year-old woman pulled “directly” into his lane at 5:30 p.m., according to the agency. Pettalia, who was wearing a helmet, struck the truck broadside. The woman was alone and uninjured. The investigation by state troopers and county sheriff’s deputies is ongoing.

Pettalia, a longtime resident of Presque Isle, was elected to his first term in 2010. He chaired the House Transportation and Infrastructure Committee, and in 2011, sponsored legislation to repeal Michigan’s motorcycle helmet requirement. Snyder in 2012 signed a Senate bill that lets riders 21 or older go without helmets if they meet certain insurance and experience requirements.

Gov. Rick Snyder issued a statement saying Pettalia had a long career of service that also included work as a volunteer firefighter and a township supervisor. Snyder offered his condolences to Pettalia’s family and said flags will be lowered in his honor. According to the biography on his House website, he and his wife, Karen, had two adult children.

“His fellow Republican representatives elected him last year into a leadership position in our caucus, and everyone from both parties looked up to him as a senior member of the state House,” Cotter said.