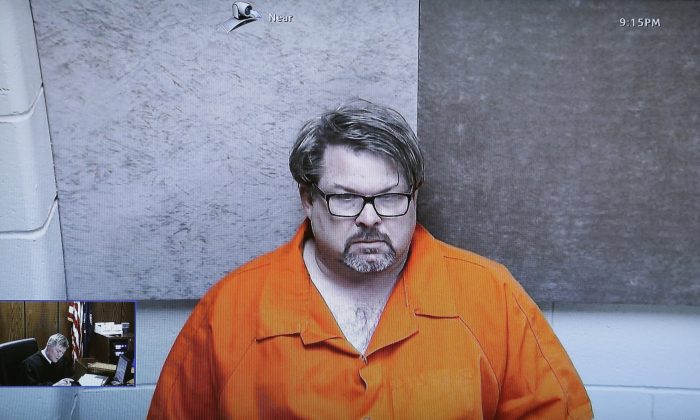 Michigan Shooter Says Uber Made Him Do it, Sues for $10 Million

Jason Dalton, the Uber driver who allegedly murdered six people on a shooting spree in Kalamazoo, Michigan, is suing Uber for $10 million, accusing the company of causing him emotional distress.

In the handwritten complaint, Dalton accused the company of not paying him overtime wages, making him work while he was sick, and creating a generally “hostile work environment,” according to a letter obtained by the San Francisco Business Times.

“Uber doesn’t care about its drivers, we are peasants and pawn pieces to Uber’s bottom line,” Dalton wrote.

The case, Jason Dalton v. Uber Technologies, has been filed in the States District Court Eastern District of Michigan.

Dalton had earlier blamed the Uber app on his phone for making him commit the murders, and he described having an out of body experience the night of the shooting.

“A devil head popped up on his screen and when he pressed the button on the app, that is when all the problems started,” Dalton told the police, according to ABC News. The devil figure would “give you an assignment and it would literally take over your whole body.”

Dalton said he stopped shooting once the police arrived because the app switched from black to red and he no longer felt he was being guided.

“It’s hard to know how to respond to someone who refuses to take responsibility for his own actions,” Uber said in a statement in response to the complaint. “Our hearts go out to the victims’ families who have to live with the consequences of his terrible crimes.”