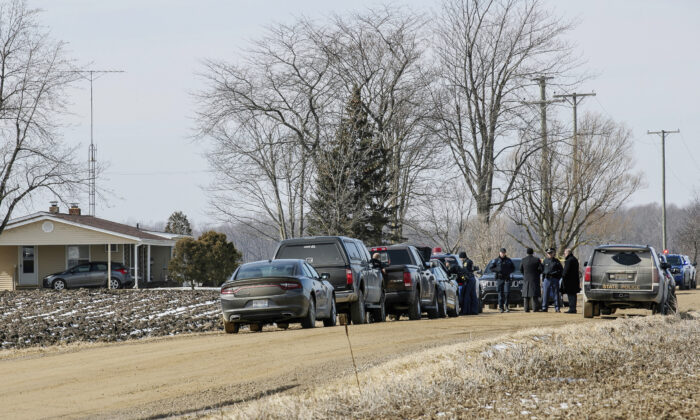 BROWN CITY, Mich.—A man who shot and wounded a Michigan sheriff’s deputy serving a felony warrant was fatally shot by a second deputy after the suspect opened fire from an outbuilding at a home, police said.

Charles Raymond, 47, of Imlay City, was pronounced dead at the shooting scene in Brown City, Michigan State Police said in a statement on Twitter posted Wednesday evening that indicated the wounded deputy remained in stable condition.

State police said the agency’s preliminary findings indicate that at about 9:20 a.m. local time Wednesday a homeowner allowed Lapeer County deputies to check the premises for Raymond, who was wanted on a felony criminal sexual conduct warrant.

As a door to a detached outbuilding was opened, police said Raymond fired on the deputies, striking one of them multiple times, while a second deputy returned fire, striking Raymond.

The wounded deputy was hospitalized in stable condition. Police said the second deputy was not shot but he was being treated at a hospital for injuries that weren’t considered life-threatening.

Brown City is a community of about 1,300 residents that’s located in both Lapeer and Sanilac counties, about 40 miles (64 kilometers) northeast of Flint. State police were investigating the shooting.