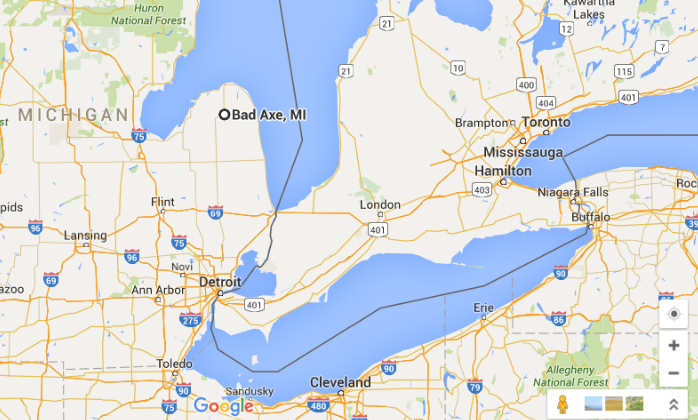 After a Michigan sheriff made some calls about a helicopter flying over Bad Axe in Huron County, a federal official confirmed it was on a mission for the government.

Huron County Sheriff Kelly J. Hanson responded to public complaints about the helicopter after it hovered over the city on December 18, making several inquiries about it, including to the Aviation Unit in Detroit.

“I wasn’t satisfied with their answer to say the least, but I was told (the helicopter) was taking photos,” he told the Huron Daily Tribune.

“I made them well aware that people are concerned, especially with what’s going on in the media.”

I’m really puzzled by this. Bad Axe is a really small town in the Thumb. The only reason to go there is for the blacksmith shop. It’s not even accessible by water.

The sheriff said his office was never made aware of the helicopter until after the fact.

An official with the U.S. Customs and Border Protection later told the Tribune in an email that the helicopter along with several others were doing routine missions at the border with Canada.

“The Great Lakes Air and Marine Branch is responsible for more than 1,000 miles of international border with Canada, which is patrolled by both aircraft and vessels,” said spokesman Kris Grogan.

He said no complaints were fielded, and that there was no reason for concern.