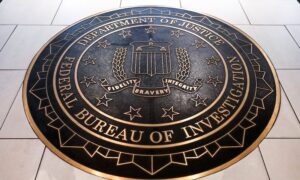 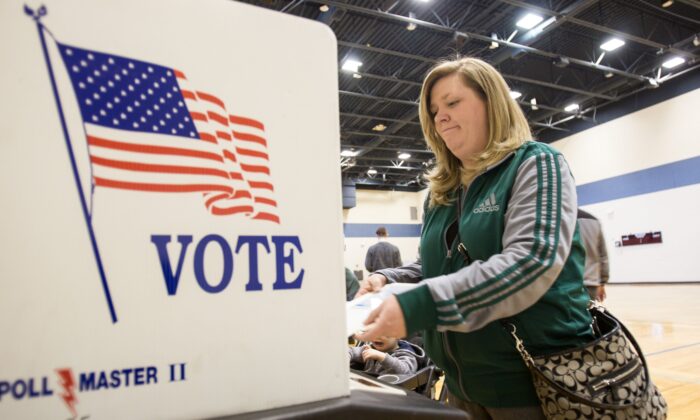 A voter casts her ballot for the Michigan presidential primary at a polling station in Warren, Mich., on March 8, 2016. (Geoff Robins/AFP via Getty Images)
2020 Election

More than 18,000 people had registered to vote by 6 p.m. on Election Day in the battleground state of Michigan, hours after President Donald Trump told a campaign rally that he is confident he’ll win the state for a second time.

By 2:30 p.m. on Nov. 3, 12,530 people had participated in Michigan’s same-day voter registration program, the Michigan Secretary of State’s office said. About 13,000 people voted during the presidential primaries in March.

Michigan Secretary of State spokesman Jake Rollow told reporters in a press briefing that there were lines of people waiting to either register, or update their registration in the college towns of Ann Arbor and Grand Rapids.

“The important thing to remember there, of course, is that the majority of them, I believe it was like 7,000 of them, came in after 4:00 p.m.,” Rollow said, noting that there may be a lower turnout of people registering to vote Tuesday due to the CCP (Chinese Communist Party) virus pandemic.

Polling locations in the state closed at 8 p.m., although people still in line by that time were allowed to vote.

✅ More than 100K of 170K absentee ballots in Detroit are already tabulated.

✅ The vast majority of those 18K who registered & voted today were in Detroit, Ann Arbor & Grand Rapids.

In an update, Secretary of State Jocelyn Benson said on Twitter that by 6 p.m., more than 18,000 eligible citizens had registered and voted on Election Day.

“The vast majority of those 18K who registered & voted today were in Detroit, Ann Arbor & Grand Rapids,” she said.

Trump won Michigan in 2016 by a narrow margin of just 10,704 votes—0.3 percent—over Hillary Clinton. He became the first Republican to win the state since George H.W. Bush in 1988.

This year marks the first presidential election in the state to allow same-day voter registration. In 2018, voters passed a ballot initiative to establish the practice.

Earlier on Tuesday, Trump told a crowd of thousands in the state that he believes he’ll win the state and secure a second term in the White House.

Trump, 74, was speaking in Grand Rapids in his final rally before the election. He flew back to Washington after the event.