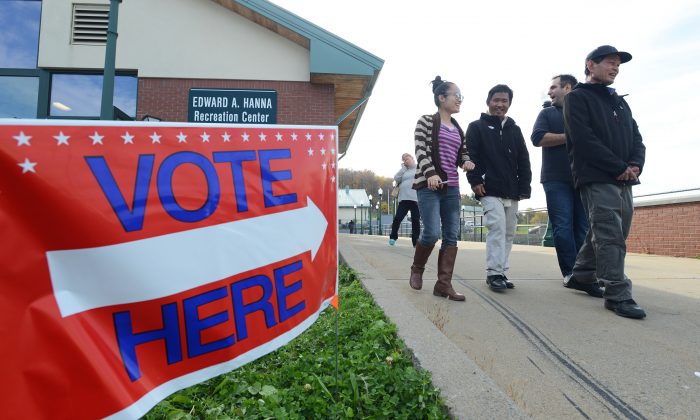 (Tina Russell/Observer-Dispatch via AP)
US

“Michigan taxpayers could be paying $4 million despite the $1 million the Green Party nominee must pay to have the recount,” Johnson said, reported AJC.com, which said she “publicly frowned on Stein’s recount request.”

Johnson said she found it strange that Stein, who had zero chance of being a contender in the election, would request a recount in Michigan. Republican President-elect won Michigan and its 16 electoral votes by just over 10,000 votes.

“It is unusual that a candidate who received just 1 percent of the vote is seeking a recount, especially when there is no evidence of hacking or fraud, or even a credible allegation of any tampering,” Johnson said on Wednesday evening.

Stein and Green Party officials have said that voting machines may have been tampered with, without providing any evidence. Stein initiated an online fundraiser, raising more than $6.5 million via more than 100,000 donors, for the recount, according to the Green Party.

Michigan is entering new territory as the state has never held a statewide recount in a national election. Johnson’s office said that the recount will be done by hand.

Some clerks aren’t happy with the recount.

“A Green Party candidate for heaven sake, that got one percent of the vote is going to just talk about the integrity of the process at a cost to the taxpayers,” said Calhoun County Clerk Anne Norlander, reported WWMT.

“We have to pay our workers,” added Norlander, “we have to pay them a living wage if they’re going to work from nine to seven, I think we decided on $100 a day.”

A certified recount in Michigan isn’t automatically granted in the state, reported the Detroit Free Press. The Trump team has seven days to object to the recount.