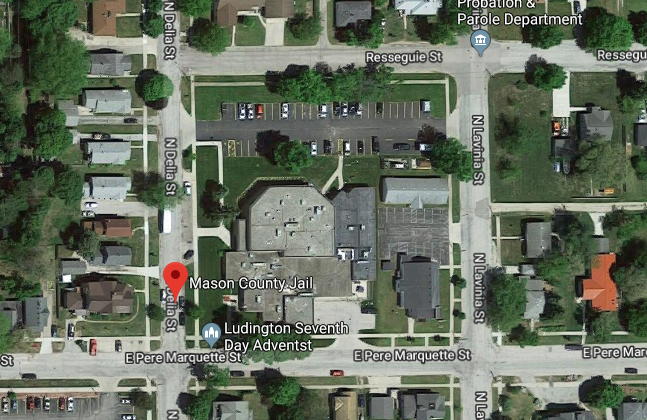 Michigan Prisoner Released With No Shirt or Shoes

The first steps of freedom must have been cold for a Michigan man, who was released from jail without a shirt or shoes, reported 9&10 News.

The Mason County Prison in Michigan had said the man could only leave with the clothes he had been wearing when he came in. The temperature was 19 degrees at the time.

The prison has since apologized.

The story, published on Feb. 1, stirred some debate on social media, with most comments sympathetic with the inmate. It also prompted Mason County Jail to change their work practices.

A photograph of the man, identified only as Nick by 9&10 News, shows him standing outside in the snow with no shirt or shoes.

He had served his time for breaking and entering.

Teresa Wroble, Nick’s mother, said she had tried to bring him clothes to wear earlier, although it is not clear from the report exactly when this was in relation to her son’s release from jail.

“I went in Sunday because I knew he had gone in with his socks and boxers, so I knew he didn’t have any clothes to leave in. When I brought them in they told me that they leave the way that they come in, and I was just appalled at that,” said Wroble.

In a statement, Sheriff Kim Cole pointed out that despite the cold, the man’s release was planned and his family was waiting outside for him. “That said, we have a standard within this agency which I expect to be adhered to every minute of every day and I’m saddened to say, yesterday we did not meet that standard.”

“I have ordered an investigation into this matter and we are in the process of making changes to ensure this never happens again,” he wrote in the Jan 31 statement.

He also apologised, and said that the jail was adjusting its practices.

“What we’ve done is we’re going to allow the inmates to make a call the night before to family when they’re scheduled to be released, and the family can bring property in either the morning of the release or the night before the release so they have the proper attire when they get out of jail,” Cole told 9&10 News.

It sparked some debate on social media, but most people didn’t appear to agree with the view that as an ex-con, he simply deserved it.

“Some of y’all are just nasty ppl,” wrote Mikey Caillouet “Yes he committed a crime. He also just sat out his just punishment as sentenced. In the end he is still a human being and should be treated as such.”

Meanwhile, many people responded by offers of donations of clothes to the jail.