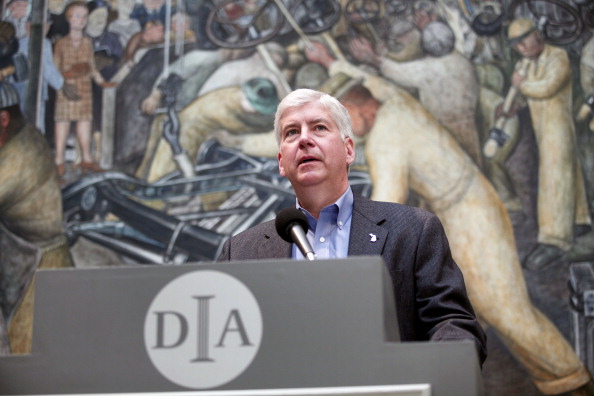 Michigan Passes Law to Drug Test Welfare Recipients: Will It Come to Your State?

The Senate and House bills that were signed into law late last week are going to create a pilot program in three counties lasting a year, that will screen welfare applicants and recipients to see if they’re not using drugs. Those who test positive will then be required to complete treatment programs.

If one refuses to take the test, he becomes ineligible for benefits for six months.

The question that remains, however, is if other states will adopt the measure.

Dan Greenberg, an attorney who is also the president of the Advance Arkansas Institute in Little Rock, believes other states likely won’t adopt similar measures anytime in the near future.

Another problem with welfare drug testing involves the costliness of such programs.

Last year, a law that required welfare recipients to get drug testing was struck down. According to a New York Times piece at the time, only 2.6 percent—or 108 out of 4,086 people tested—were found to have been using narcotics via the tests. State records indicated that it cost more money than it was supposed to save, the report states.

Utah passed a similar measure last year, and as a result, the state spent more than $30,000 to screen welfare applicants for drug use. Only 12 out of 466 people tested positive.

Critics of welfare testing laws said they unfairly target the poor and needy, and according to the liberal Drug Police Alliance, the laws based on the “baseless” notion that poor people use drugs more frequently than other segments of society.

But despite reports questioning the efficiency of the program, Snyder said in a statement the program is designed to “remove the barriers that are keeping people from getting good jobs, supporting their families and living independently.”

“This pilot program is intended to help ensure recipients get the wrap-around services they need to overcome drug addiction and lead successful lives. We’ll then have opportunity to assess effectiveness and outcomes,” Snyder noted.

The Republican governor added that the pilot program has to be completed by Sept. 30, 2016.