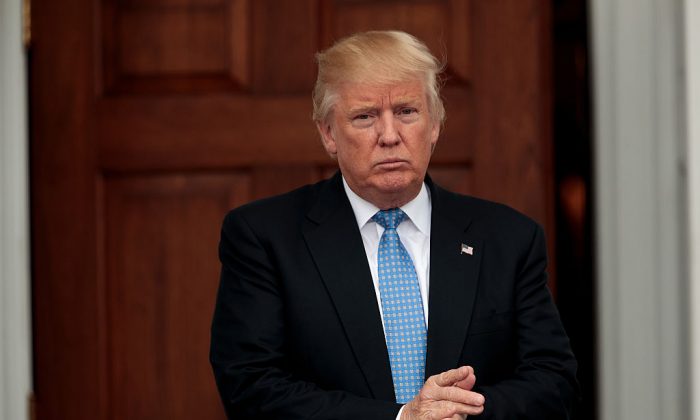 Secretary of State spokesman Fred Woodhams told the Detroit Free Press on Monday that Trump’s team would have seven days to file written objections to a recount. After that, the Board of State Canvassers would then have a meeting on the objections and would issue a ruling within five days.

“If the objections are overturned by the board, the recount can commence after the second business day following the issuance of the board’s decision,” Woodhams said. Trump won Michigan by about 10,000 votes.

Former Green Party candidate Jill Stein is pushing for a recount in Wisconsin, which Trump won, saying that it needed to be done to ensure the integrity of the voting systems in the state. Stein has until Wednesday to request a recount.

Scott Hagerstrom, director of the Trump campaign in Michigan, told the Free Press that “all options will be open and pursued,” adding that “it’s hard to speculate until a recount is requested.”

“We just have to wait and see,” Hagerstrom said.

Officials will “make sure that we’ll have the volunteers that we need—that they will be trained and that we can make sure that it’s a fair recount process, if it does come to that,” said Romney McDaniel.

Romney McDaniel alleged that Stein’s team and the Clinton campaign are working in tandem.

“Clearly they are working together, the Clinton campaign doesn’t want to take the lead, and it’s unfortunate because it means our process will be delayed but in the end I have every confidence in our election process and our Secretary of State Ruth Johnson,” said Romney McDaniel.