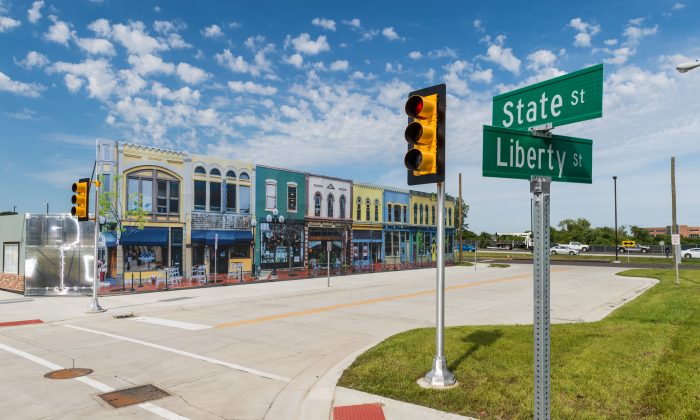 Michigan Now Has a Fake City to Test Self-Driving Cars

Testing has been hitherto limited to selected areas in California and the Nevada highways, far away from densely populated cities that are too complex for the cars to safely navigate. Soon, however, the new technology will have a chance to cut its teeth navigating in an urban environment—it just won’t be real.

Related Coverage
Can Self-Driving Cars Crash Into Each Other?

Mcity was built for $10 million by the University of Michigan, in partnership with car companies (Toyota, Nissan) and non-automakers  (Verizon, Xerox) alike. The facility is slated to be open for use by anyone, but priority is given to the University’s partners and students.

“There are many challenges ahead as automated vehicles are increasingly deployed on real roadways,” Peter Sweatman, director of the university’s Mobility Transformation Center, said in a statement. “Mcity is a safe, controlled, and realistic environment where we are going to figure out how the incredible potential of connected and automated vehicles can be realized quickly, efficiently and safely.”

In Mcity, self-driving cars can be subject to a battery of different stimuli that will scrutinize the car’s full-range of capabilities and weaknesses, from being able to smoothly edge along a blind corner to skating across gravel and brick roads; navigating using satellite-data blocked by trees and tunnels; and driving in roundabouts and four-way intersections.

The environment will also allow researchers to experiment with groups of autonomous vehicles driving “platoon” in an organization formation, a must if our freeways are to avoid congestion. A coordinated group of self-driving cars should be able to safely leave far less space between individual vehicles, allowing for more efficient use of scarce road space.

The Mobility Transformation Center is working on projects that will connect 9,000 vehicles across the Ann Arbor area, and is working with the state’s Department of Transportation to create a 20,000 car platoon in southeast Michigan.

Even though companies like Google haven’t built a custom terrain to test their autonomous cars, they’ve found other creative ways to explore quirks in the new technology. Around their headquarters in Mountain View, California, Google has had people hide in bags and jump out to surprise the cars and they’ve thrown beach balls at vehicles see how the sensors deal with distraction.