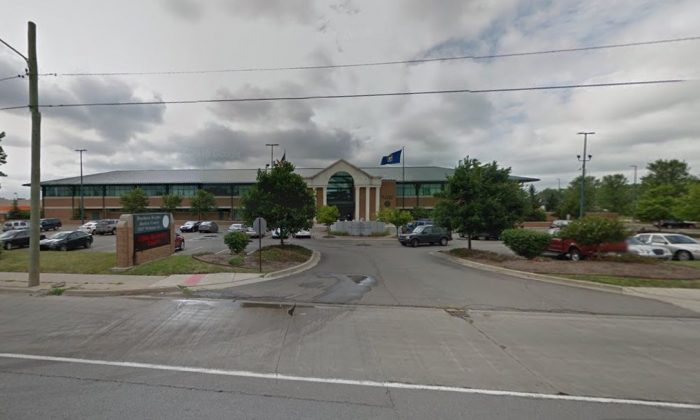 Michigan Man Shot and Killed After Lunging at Security Guard With Knife: Reports

A man was shot and killed inside a police department in Dearborn Heights, Michigan, according to reports on Thursday. The man allegedly lunged at a security guard with a knife in the lobby.

Dearborn Heights Mayor Daniel S. Paletko told WXYZ-TV that the man was going through security when he went after the guard with a life. The guard then shot and killed him.

A man who witnessed the encounter told the Detroit Free Press that the man had a knife, but Michigan State Police Lt. Michael Shaw said he had a “weapon.” The witness said the man charged at the guard.

“The guy started charging to the (guard),” witness Jamal Collins, 33, told the Free Press. “The (guard) fired a shot and shot him.”

The station reported that police raced into the lobby from multiple directions with their guns drawn.

No one else was injured in the incident.

The attacker is connected to a drug case. He was not identified in local media reports.

The building went into lockdown mode after the shooting for a brief period of time.

“I understand that there was an incident in the lobby of our local courthouse which required action by a court officer,” Dearborn Heights Mayor Daniel Paletko said in a statement obtained by the Free Press. “The State Police are investigating the incident and we cannot comment further until authorized by the State Police. I also understand that the incident involved only one individual and there is no further danger to the community.”

As of Thursday afternoon, a heavy police presence was still around the building, an official said.

Officials said there is no danger to the public.

“We believe that he’s single. We’re vetting him through our information sources to make sure there’s no other incidents he may be tied with in the immediate area,” Shaw added.